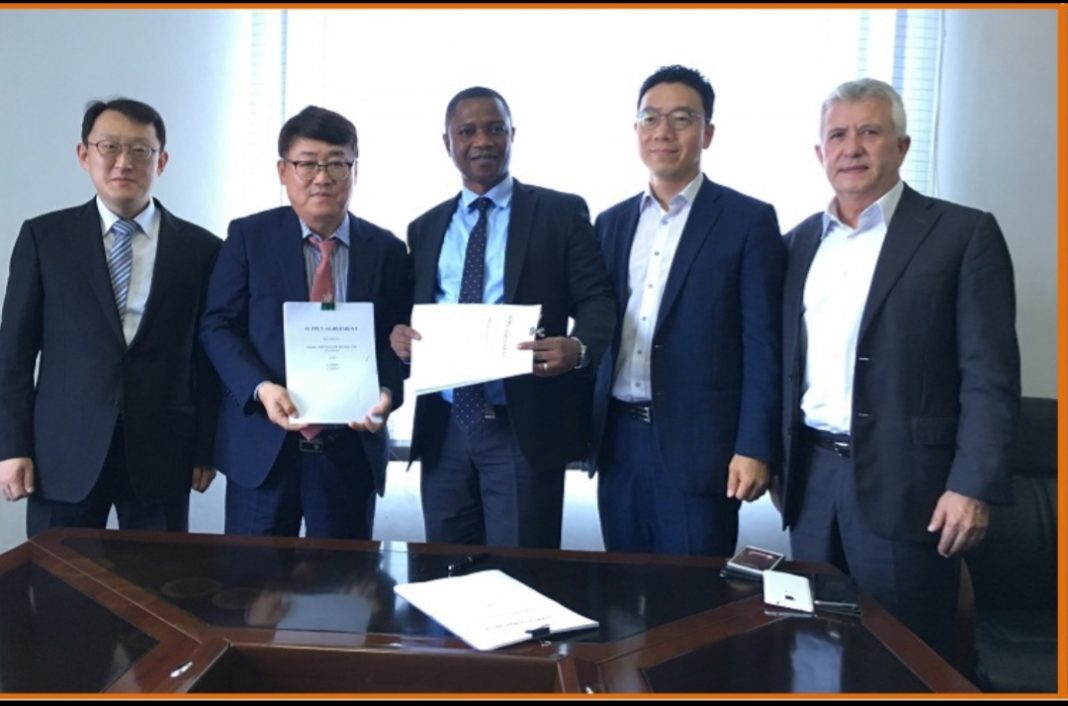 …It will take Over 2-years To Develop Module- Koreans

CUPIA of Korea Customs Service says it will take the company over two years to develop and implement a new single window system in Ghana.

According to the Korean Agency the over 2-year period will mainly focus on developing a main module of the customs clearance system.

This means that the CUPIA, as at now, has not developed any system to take over single window operations at Ghana’s port yet the Ministry of Trade was pushing hard for the company to start operating the single window system in Ghana by January 1, this year.

A statement published on its website on July 5, 2018 reads: “CUPIA has signed a US$40 million deal with Ghana Link to export an electronic customs clearance system to the African country.

“Under the deal, our electronic customs clearance system (“UNI-PASS”) will be provided to the Ghana government.

“The project is planned to take 25 months and will mainly focus on developing main module of the customs clearance system such as customs clearance, cargo management and risk management etc.  CUPIA will be responsible for the development and implementation of the e-customs system.”

Even though the Korean Agency has said it will take more than two years to develop and roll out its system in Ghana, it local partner, Ghana Link is lobbying top government officials to allow UNIPASS to take over port operations.

The questions stakeholders are asking is that what system will the Koreans operate  at the port when their own system is not ready.

Others are also asking why the Ministry of Trade will sign a new 10-year single window contract with another company without recourse to due process.

Meanwhile investigators are probing what is suspected to be the plagiarizing of Single Window software used by the government of Ghana and selling it back to the same government of Ghana at an estimated $180 Million through a 10-year sole sourced contract on the blind side of parliament and Cabinet.

The probe became necessary after it emerged that the supposed newly built and superior software with which Ghana Link Network Service Limited with its overseas partners, CUPIA Korea Customs Service (UNIPASS) was to operate, is no different from the existing systems already being operated by Ghana government.

It will be recalled that On March 29, 2018, the Ministry of Trade and Industry signed a 10-year sole sourced contract with Ghana Link Network Service Limited and its overseas partners, CUPIA Korea Customs Service, to take over the Ghana National Single Window with a newly built customized superior system.

Even though the takeover of the single window operations from West Blue Consulting and GCNet will cost the tax payers more money, the Ministry of Trade led by Alan Kyeremanteng never cared and went ahead to seal the deal.

Ghana Link with its overseas partners, CUPIA Korea Customs Service will provide the trade facilitation and Customs Management System at a 0.75 percent fee (FOB) per their 10-year sole sourced contract with Ministry of Trade.

This means that Ghanaian importers will be paying about US$180 million for the UNIPASS system at the end of the company’s 10-year contract with Ghana based on the current import volumes.

This figure is extremely higher than what the existing vendors; West Blue and GCNet are currently receiving as a fee.

The decision which was communicated to the Ministries of Trade and Finance was to ensure that issues regarding the takeover of operations at the country’s ports were addressed.

In the statement, the EMT tasked CUPIA of Korea and Ghana Link Network Service to provide a demonstration that they had developed a “full end to end Customs Technology Solutions Systems, successfully tested, with independent Stress Report and provide a comprehensive implementation plan to the EMT by the end of January 2019″.