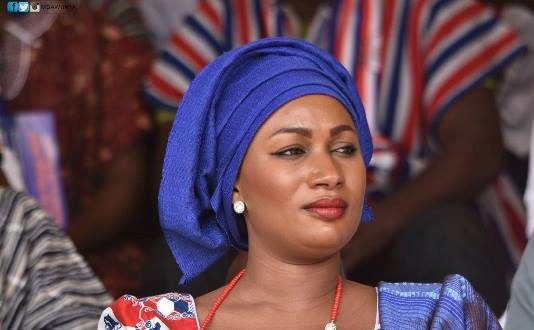 The wife of Ghana’s Vice-President, H.E. Hajia Samira Bawumia, has called on activists across the world who are fighting to end human trafficking to put emphasis on the sources of human trafficking, rather than the destination of trafficked persons.

Addressing participants drawn from civil society, law enforcement, and government agencies at the International Women Trafficking Conference in India, Mrs. Bawumia proposed an innovative acronym; the five (5) S’s which stand for Socialization, Sensitization, Support,Supervision and Security as a holistic approach to tackling the menace of human trafficking.

“I’ll share a Ghanaian proverb that says the ‘best way to starve a river is to cripple its source’. The river of human trafficking is extremely vast and flows from a gushing spring of unending water. We cannot empty it by fetching the water with buckets and pouring it elsewhere. Even if we use sophisticated pumps, we may only succeed in emptying one river and creating another river elsewhere,” she said.

The US State Department’s Office to Monitor and Combat the Trafficking of Persons has described Ghana, as “a source, transit, and destination country for men, women, and children subjected to forced labor and sex trafficking.” Mrs. Samira Bawumia shared experiences from Ghana, where human traffickers are now diverting their routes to the Gulf region after the government of Ghana instituted measures to stop the trafficking of women.

“The biggest obstacle in the fight against human trafficking is that the victims do not know they are being trafficked. While some are too young to understand, many of the women who are trafficked are brainwashed and deceived, and they will defend their traffickers even when they are arrested. Only, two weeks ago, the Ghana Immigration Service announced it had rescued 150 women who were being trafficked across Ghana’s borders to be taken to the gulf regions,” she told participants of the conference.

The Second Lady told the participants who are drawn from all over the world that while all manner of persons could be affected by human trafficking, some people were more vulnerable to trafficking than others.

“It is obvious that human trafficking is no respecter of gender, but children and women are more vulnerable than male adults. For women and girls, it is even worse because apart from the demand for their exploited labour, they are also exploited sexually,” she said.

She charged participants to intensify the fight against human trafficking by creating awareness about the phenomenon in their respective countries:“Let us intensify education. Let us help our women to understand the dangers that await them in the countries they are being lured into. Let us teach our mothers and fathers not to give their children to anyone who comes promising to take better care of them.Let us educate them not to give birth to more children than they can cater for. Let us encourage and partner the media to expose human trafficking cartels and put the spotlight on their dark and inhumane activities.Let us put pressure on governments, which are not committed to the international treaties on human trafficking in particular and human rights in general.  Let us be advocates of good governance and development and help eliminate the factors that cause desperation among people and make them vulnerable to traffickers.”

The conference was organized by the Maharashtra State Commission for Women in partnership with the International Justice Mission. The conference brought together international experts in various fields, including members of civil society, law enforcement, and government agencies, to share current policies and best practices being used to combat and eliminate women trafficking.