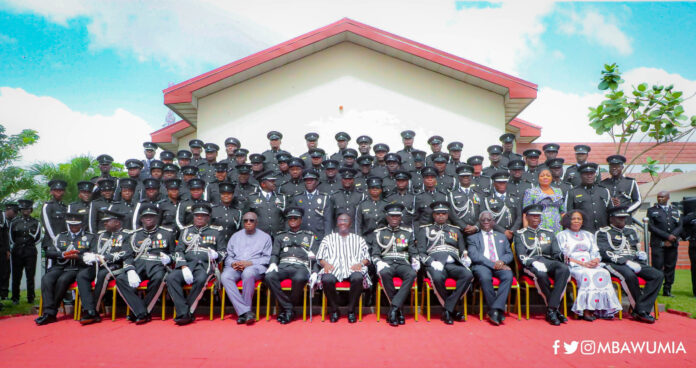 The Office of the Special Prosecutor is in limbo following its failure to complete an investigation into alleged corruption during the recruitment of personnel into the Ghana Police Service.

The Office, headed by Kissi Agyebeng in March this year began investigations into the case.

But the report is yet to pass the test of what value the public would attach to it especially when the subject of investigation-Cadet Officers passed out last Friday.

According to the OSP, the investigation was centred on the recruitment exercise of Course 51 of Cadet Officers Training at the Ghana Police Academy.

Again, in its half-yearly report issued on August 1st, 2022, the OSP said investigations were still ongoing.

It looks like shutting the stable when the horses have long bolted, the subject of the seven-month-old investigation graduated on Friday 25th November 2022, making nonsense of the efforts of the Office in probing the matter.

The 308 Officers, who have been commissioned into the ranks of Deputy Superintendent of Police and Assistant Superintendents of Police, were taken through the revamped training model, based on a significant practical outlook with limited theoretical content, making it the first of its kind in the history of the Police Service.

Officials of the Ghana Police Academy say the programme now has a blend of theory and practical training modules including a four (4) week High-Risk Training and six (6) weeks Practical Field Attachment with the view to producing a more confident and practically oriented Officers to strengthen leadership at the District and Unit levels across the country.

It may be recalled that when news broke of the investigations in March this year, DAYBREAK sources hinted that there were moves to shelf the case with a meeting proposed at the Roman Ridge residence of a ‘mysterious businessman’ whose position in the Office of the Special Prosecutor is not confirmed.

According to DAYBREAK sources, the IGP declined the said meeting and when the supposed Roman Ridge meeting failed, DAYBREAK gathered that it happened eventually in Labone also a suburb of Accra.