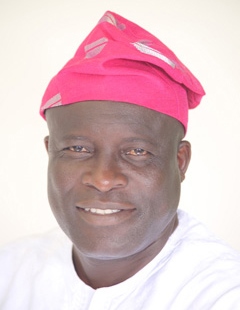 Daniel Nii Kwartei Titus Glover, Deputy Minister for Transport, has declared President Akufo-Addo a messianic gift from God to Ghanaians, saying Nana is the only latter-day Ghanaian leader who can save Ghana.

“All leaders, who preceded President Akufo-Addo in the Fourth Republic acknowledged the fact that Education is key and ought to be free, but only Nana Addo had the courage to implement Free SHS.

“Again, all his predecessors acknowledged that Ghana’s biggest economic problem is the lack of manufacturing base, but none had the courage and foresight to initiate the building of the factories, Akufo-Addo has started that through one district, one factory,” Titus Glover said after a clean up exercise in Tema New Town.

Speaking in an interview on the sidelines of a clean up exercise that he organised in Tema New Town and the Tema Fishing Harbour recently, Titus Glover, who is also the Member of Parliament for Tema East, said the signs that President Akufo-Addo is Ghana’s best leader in the 4th Republic were all over the place for people to see.

The clean-up brought the people together in a self-help move led by their MP to de-silt gutters, sweep the streets and clear bushes in the Constituency.

The Member of Parliament said one of the key signs that Akufo-Addo was a gift from God was the ease with which he ended the Dagbon conflict.

“After 17 years of conflict that defied three Presidents, do you think that it was just by coincidence that Akufo-Addo fixed it after just a year in office? It takes special wisdom and divine selection to solve issues like these.”

He cited also, the passage of the Right to Information Bill into a law under President Akufo-Addo as evidence that Nana was a man of fearless accountability and champion of media freedom.

“I think you in the media can attest to this even better than us politicians – was it not Akufo-Addo who repealed the Criminal Libel Law as Attorney General under Kufuor? That same man today, has overseen the passage of the Right to Information Bill into law!” Titus Glover said.

Citing further, he pointed out that the creation of the six additional Regions fulfilled the long-held dreams of the millions of people who lived in those new regions, to have regions of their own and it took Akufo-Addo to fulfil those dreams.

“I can promise all Ghanaians that what you have seen so far is just a tip of the iceberg, there are many more things that President Akufo-Addo has for this country and by the time he finishes his second term, the salvaging of Ghana from the several years of retrogression will be completed,” Titus Glover said.

Meanwhile, his clean up exercise was a massive success with people from all walks of life in the Constituency patronising.

Fisher folk at the Tema Fishing Harbour, the police and personnel of the Eastern Naval Command including; Commodore J.O. Kontoh were full of praise for the hardworking deputy Minister of Transport and MP for the area.

Titus Glover himself had a hell of a time freeing himself from mobbing admirers and constituents upon arriving at the venue for the exercise.

Amidst cat calls, including vows to make him MP for life in Tema East, his constituents thronged around him for all sorts of reasons – from handshakes to selfies.

“We want Titus Glover to know that this seat is his forever so long as he continues the good works he is doing, that’s all,” said Naa Adjeley Kingsby, one of the constituents.

According to her, in the two years of President Akufo-Addo’s government, Tema had seen a lot of development, citing the construction of a brand new roundabout in Tema and the building of roads in the harbour city as examples.

On his part, Adjei Mensah said the Tema East MP was so resourceful that others wanted to snatch him away.

“Do you know Titus Glover was recently made a development chief in Sankana in the Upper West Region because of his good works?…if you don’t know, I am telling you. I have nothing else to say,” a passionate Adjei Mensah said.

The Tema East MP took the opportunity to wish his constituents and all Ghanaians a Happy Easter.