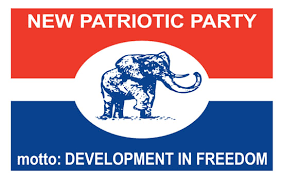 The Association of Founding Fathers and Patrons of the ruling New Patriotic Party (NPP) in the Ashanti Region has kicked against proposed changes to the party’s constitution.

It warned that some of the amendments being canvassed were problematic and could create trouble for the party.

The association at a press conference addressed by its Chairman, Mr. Kofi Obiri Yeboah, in Kumasi, made reference to the suggestion that Member of Parliament (MP)/Parliamentary Candidates (PC) was allowed to appoint constituency and polling station officers and described it as outrageous.

This proposal alongside that of making the MP or PC the executive head of the party at the constituency level, they said, should be shelved.

It pointed out that the NPP had through the decades survived because on its adherence to time-tested democratic principles and practices.

“Take these away and the party will slump – become deflated and be blown away like many political parties that have often popped up on the Ghanaian political scene.”

The constitutional changes had been planned to be discussed at the party’s 25th annual delegates conference held recently in Cape Coast but was put on hold due to time constraint.

Mr. Yeboah said they fully backed the position of President Nana Addo Dankwa Akufo-Addo that the party expanded its electoral base.

He said they wanted to see all card-bearing and/or recognized members of good standing become eligible to vote at all levels of the party – national, regional, constituency and polling station elections.

This, he noted, was the way forward to prevent corruption and confusion that tended to characterize internal elections of the political parties.

He called for the compilation of a voter register at every level of the party by a special committee outside the executives.

He underlined their determination to give it their all to ensure the successful implementation of the government’s development agenda – to transform the lives of Ghanaians.