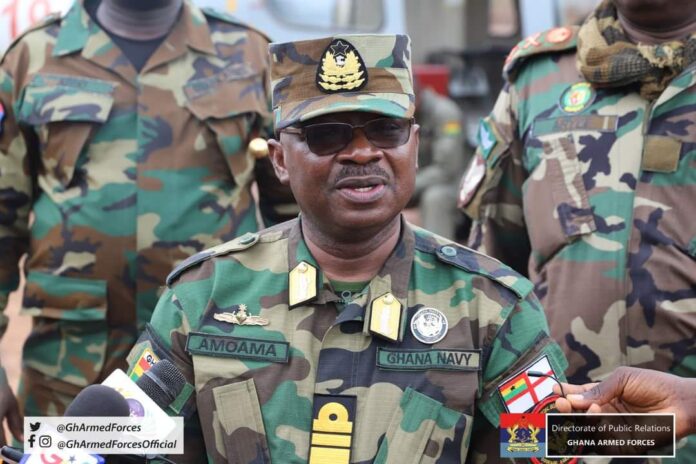 The DAYBREAK can Authoritative say that new changes have been effected in the various ranks of the Ghana Armed Forces (GAF).

The changes made in respect of the rank of the Chief of Defence Staff (CDS) also brought some key changes in the other Generals in the Army, Navy and Air Force.

DAYBREAK has gathered that the rank of CDS currently occupied by Vice Admiral Seth Amoama, has been elevated to the level of 4th-star General.

Vice Admiral Amoama and his predecessors had been at the rank of 3rd-Star Generals.

The changes also saw all Service Commanders in the Navy, Air Force and Army raised to 3rd-Star Generals.

DAYBREAK source also discloses that the occupant of the Office of Chief of Staff, General Headquarters has been elevated to the rank of a 3-Star General with 2-Star Generals assisting as Deputy Chief of Staff Operations and Administrations respectively.

Until the latest development, the ranks started from 1st and ended at 3rd-Star Generals.

Last year, the CDS was officially inducted into office in May 2021.