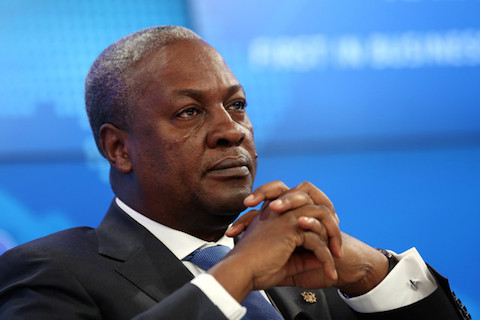 A member of the opposition National Democratic Congress (NDC) in the Ashanti Region, Alhaji Nuhu Alhassan Dicko, has urged former President John Dramani Mahama to be cautious not to fail again.

Speaking to the Daily Graphic in an interview in Kumasi, Alhaji Dicko recalled that with a few months to the 2012 elections when the then President and Presidential Candidate of the NDC, John Evans Atta Mills, died, Mahama led the NDC to win the presidential election.

However, he said, with the support base of the party and by dint of hard work, Mahama had the opportunity to lead the party in the 2016 election after serving for four years with all the evidence of development projects in place that pushed Ghana forward in the comity of nations, but he lost the 2016 election.

Alhaji Dicko said the loss had since become “a big blow to the NDC as a political party” and almost every party member — from the first to the last person — has asked why the loss”.

He said some NDC members began to allege that Mahama failed to win the 2016 election because he was misled by his team of administrators while others attributed the loss to an alleged mistake by the party hierarchy, the national executive.

Alhaji Dicko expressed worry that findings of the Kwesi Botchwey Committee report had not been communicated to party members even if they would not be made public.

He mentioned that most party members and sympathisers were calling on Mahama to stand again as Presidential Candidate of the NDC and re-contest the 2020 election as a presidential candidate.

However, he said, if the findings of the report would not be communicated to party members for relevant issues to be addressed, calling for Mahama to lead the party would be inappropriate.

He was of the belief that going back to the grass roots to explain the real issues to the people and winning back their confidence was more important than preparing towards Election 2020.

This, he said, if not taken into consideration, could make Mahama fail for the second time as presidential candidate for the NDC party in 2020.

Alhaji Dicko recommended that it was time for the NDC to place premium on the report of the Kwesi Botchwey Committee to enable them to prepare adequately towards Election 2020.

He said a senior member of the NDC in the Ashanti Region and former Chief Executive of the Kumasi Metropolitan Assembly (KMA), Mr Kojo Bonsu, organised the recent Unity Walk which took place in Tamale, knowing very well the issues in the NDC in the Ashanti Region and added that he should have been interested in solving those issues before thinking of any national issue.

He said pulling the crowd to the street and other public places was not an assurance of addressing grievances of party members and winning an election.

He recalled that in the last days to the 2016 elections, the NDC held a rally at the Accra Sports Stadium, the venue was filled to the rafters and there were a lot more outside the stadium yet in the end, the NDC lost.

“These are times to rethink the reasons that culminated in the defeat of Mahama and the NDC in the 2016 elections. As a party, we need to learn lessons from the Kwesi Botchwey Committee report before we even think of Unity Walk and other national issues,” he concluded.