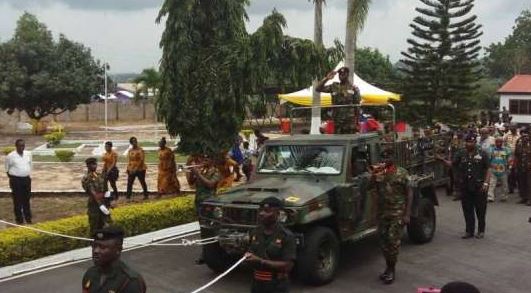 The emotional ceremony saw the pulling-out of Lt. Col. Amengor who had served the Regiment as Commanding Officer since February, 2014 and now on transfer to the Ghana Armed Forces Command and Staff College.

He said for instance the establishment of 66 Artillery/YEA Aquaculture Project, which has a hatchery capacity of two billion fingerlings bi-weekly, aimed at creating employment for young people was inspiring and asked the new Commanding Officer to build on the foundations laid by his predecessors.

Lt. Col. Amengor called on officers, men and women of the Regiment to extend support and cooperation to the new Commanding Officer and urged the Regiment to continue to co-exist peacefully with civilians.