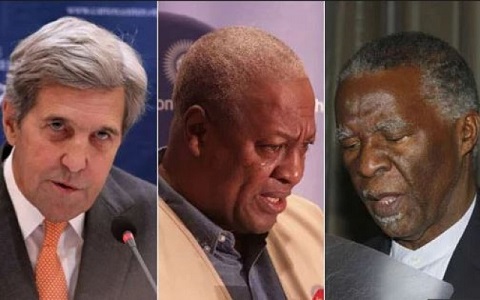 Political Science lecturer at the University of Ghana, Dr Michael Kpessah Whyte, has said that the annulment of Kenya’s August 2017 presidential results by that country’s Supreme Court casts doubts on the credibility of international observers.

Citing irregularities, the Supreme Court said a new poll should be held within 60 days.

But the opposition candidate, Raila Odinga, claimed that the commission’s IT system had been hacked to manipulate the results.

Reading the decision – reached by a majority of four to two among the judges – Chief Justice David Maraga said the 8 August poll had not been “conducted in accordance with the constitution”, contrary to the clean bill of health given it by the various observer missions led by former US Secretary of State John Kerry, former South African President Thabo Mbeki and former Ghanaian President John Mahama who headed the Commonwealth Observer team.

John Kerry, who led the Carter Center observer mission, said: “The process that was put in place is proving its value thus far”. “Kenya has made a remarkable statement to Africa and the world about its democracy and the character of that democracy. Don’t let anybody besmirch that.”

The AU mission led by Mr Mbeki said it found the polls to be “largely peaceful and credible”.

The European Union just as the Commonwealth observer missions also gave the poll a clean bill of health.

However, speaking to Class91.3FM’s Dr Etse Sikanku, host of World Affairs on Friday, 1 September minutes after the ruling, Dr Kpessah Whyte said: “We heard the international community, I mean the US former Secretary of State John Kerry, we heard Thabo Mbeki, our former President John Mahama and others were all in there and they all visited several electoral centres and pronounced this election one of the most credible in the history of that country.”

In light of the contrary view posited by the Supreme Court, Dr Kpessah Whyte said: “We need to see the details of the ruling but this ruling raises a lot of questions about the credibility of international observers and whether they really are looking at substance or they are looking at form and whether they would be relevant going into the future at all.”