Home News ILLEGAL MINING: This Is How Bad Things Are Getting 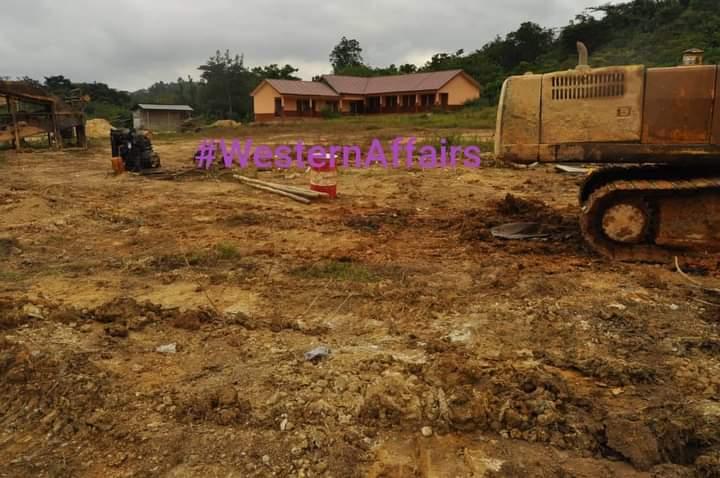 The culprits, four Ghanaians and two Chinese were found mining at the compound of a newly built school, Omanpe Community Basic School at Omanpe near Enchi in the Aowin Municipality of the Western North Region.

The illegal miners were chanced on by the Municipal Chief Executive for Aowin, Samuel Adu Gyamfi on his rounds in the area. He subsequently called for their arrest.

Aowin District Police Commander, Supt B Y Akotoge, in an interview said the leaders of the group, Liu Zenfeng and Yahaya, their Ghanaian counterparts have escaped.

However, police have begun a manhunt for the two leaders.

Supt. Akotoge explained those arrested claims have a contractual agreement with Crisphil Goldfield, a Ghanaian Mining Company who owns a mining Concession in the area.

When Crisphil Goldfield was contacted to ascertain the truth in the claims made by the six people, management the mines denied having anything to do with HK Zingding.

Police have therefore granted them bail on the condition to go and bring their documents and to cover the pits they have dug on the school compound.