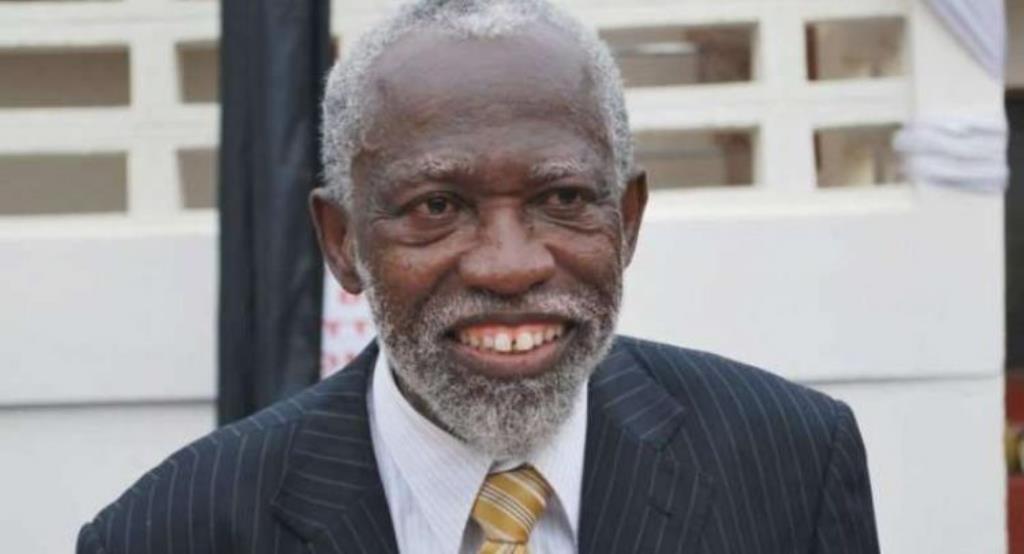 A lot of concerns have been and are being raised about the Board Chairman of GRA and the Acting Commissioner-General. These two gentlemen, who want the whole world to believe that they are angels, are ‘indeed very mischievous, treacherous and vindictive’.

This is how a cross-section of employees of GRA described the two personalities occupying the centre of the two most powerful bodies of GRA namely the Chairman of the Board and Acting Head of Top Management of GRA. The staff continued by saying that they also have one important qualification deficiency in common. The employees asserted that neither Professor Adei nor Mr. Amisshaddai Owusu-Amoah could produce an appointment letter for the positions that they are illegally occupying.

Firstly, the employees allege that after the withdrawal of the letter of Mr. Kwame Owusu as the Board Chairman (at the instance of Mr. Ken Ofori-Atta) no official letter from the Presidency appointed Professor Adei as the Chairman of the Governing Board of GRA.

The staff explained that the Finance Minister cleverly exploited the creation of a vacancy on the Board by the polite unacceptance of a membership by a real Reverend Minister of the Church of Pentecost.

Our investigations showed that before Professor Adei was smuggled onto the Board of GRA, two vacancies had been created by the resignation of Mr. Harry Owusu as Board Chairman and Colonel K Damoah as Board Member following the latter’s appointment as Acting Commissioner Customs. It is instructive for our readers to know that it is only the Commissioner General who is an automatic member of the GRA Governing Board on the part of GRA as an institutional representative and not a Commissioner or any other staff member. The two vacancies created by Mr. Harry Owusu and Colonel K Damoah were to be filled by Mr. Eugene Ofosuhene, the former Controller and Accountant General and the Pastor from the Church of Pentecost.

Realizing that a vacancy had been created on the Governing Board of GRA owing to the inability of the Pentecost pastor to accept the offer, Honourable Ken Ofori-Atta is alleged to have quickly smuggled in his long-standing friend from Data Bank alliance, Professor Adei, to occupy the enviable position of Board Chairman of GRA. This happened as part of the coup d’état of the Black Friday of GRA 20th September 2019. Again, this happened at the blind side of His Excellency the President, when his Excellency had travelled outside the country to the United States of America. The controversial Professor Adei was to be given his appointment letter by his Excellency the President on his arrival in Ghana. But according to our friends in GRA, who spoke strictly on conditions of anonymity that has not yet happened.

Our sources claim that they have not sighted any such letter appointing or purporting to appoint Professor Adei as the Board Chairman of GRA. According to sources, they saw the letters of Mr. Harry Owusu, Major Daniel Ablorh-Quarcoo, Juliana Addo-Yobo, Adelaide Ahwireng and Colonel Kwadwo Damoah (Rtd).

They continued to say that in 2019, they saw letters of Mr. Kwame Owusu, Mr. Eugene Ofosuhene, the Pastor of the Pentecost Church and Mr. Patrick Nimo, the Acting Chief Director of the Ministry of Trade and Industry. There are supposed to be four institutional representatives on the Governing Board of GRA namely the Commissioner-General of GRA, a Deputy Governor of the Bank of Ghana, a representative each of the Ministries of Finance, Trade and Industry who must be of the status of Directors and above. These institutional representatives were to be joined by a Chairman and four distinguished personalities from the private sector appointed by His Excellency the President.

From the revelations by the “GRA insiders”, Professor Adei, unlike Mr. Harry Owusu and Mr. Kwame Owusu, was not given or has not shown his appointment letter as Chairman of GRA Board to the appropriate state institutions, including GRA, that must know of it.

The next anomaly at GRA is the appointment of Mr. Amisshaddai Owusu-Amoah as the Acting Commissioner General of GRA by Mr. Ken Ofori Atta. The appointment of a Commissioner General is the prerogative of His Excellency the President; that right and constitutional duty of His Excellency the President has been usurped by the Finance Minister who surreptitiously asked Mr. Amisshaddai Owusu-Amoah to act as Commissioner-General from 1st October 2019 after lying to the whole world that Mr. Kofi Nti had offered to retire on account of age with effect from 1st October 2019.

Our research revealed that in the absence of a Commissioner General, one of the three Commissioners (namely Commissioner Domestic Tax Revenue Division, Commissioner Customs Division and Commissioner Support Services Division) may be nominated or appointed to act. This provision of the GRA Act is not the same as what the Finance Minister and the illegally appointed Board Chairman have done turning a temporary situation into a permanent appointment as Acting Commissioner-General.

Thus, Mr. Amisshaddai Owusu-Amoah has been made to act illegally as Commissioner General of GRA since October 2019 mainly as a demand by his brother-in-law, Professor Adei. Concerned employees of GRA are wondering how such a tragedy could befall a world-class institution of the caliber of GRA where you can find all kinds of persons with various kinds of academic and professional qualifications. In sum, the staff of GRA is saying that both the Chairman of the GRA Board and the Acting Commissioner General are all occupying their seats illegally.

At best, Professor Adei should have been made to occupy the membership vacancy created by the failure to accept the offer of membership on the part of the Church of Pentecost Pastor but not the Chairmanship of the GRA Board.

Our research revealed that the normal practice is for the President of the Republic to appoint the Commissioner General and Commissioners of GRA for the consideration of the Governing Board. After the President’s appointment, the Governing Board is to make a recommendation to the Public Services Commission to determine the suitability or otherwise of such a person in order to make a recommendation to His Excellency the President for confirmation or otherwise of the candidate.

Our concerned friends in GRA were quick to add that same cannot be said of the current situation at GRA. They struggled to understand why the appointment of Mr. Kofi Nti has not been formally revoked by His Excellency the President and yet the illegally appointed Board Chairman and the Finance Minister are pushing for an appointment letter from His Excellency the President of the Republic for Mr. Amisshaddai Owusu-Amoah.

As already explained, the right procedure for these appointments is for His Excellency the President to make a promulgation to the Governing Board, which Board will scrutinize the appointments and make appropriate recommendations to the Public Services Commission for their confirmation or otherwise. The concerned employees of GRA are wondering why Professor Adei and the Finance Minister are pushing for a letter appointing Amisshaddai Owusu-Amoah  as an Acting Commissioner-General.

The staff were asking that since when did a Governing Board arrogate to itself the power of appointing Commissioner Generals and Commissioners? They wondered if that procedure were not a violation of the express provisions of the GRA Act?

According to the concerned employees, the strategy adopted by Professor Adei and the Finance Minister to ambush the President to sign a letter of appointment as Commissioner General for Amisshaddai Owusu-Amoah is wrong, unconstitutional and shameful.

A section of the GRA staff cannot understand why Professor Adei does not want his brother-in-law to go for a confirmation as Commissioner Domestic Tax Revenue Division, for which he already has an appointment letter from His Excellency the President, but is moving heaven and earth to get him elevated to the undeserving enviable position of Commissioner-General.

We are even told that Professor Adei and Amisshaddai Owusu-Amoah were at President’s home to seek his support for the position of Commissioner-General.

The conduct of Mr. Akore has also become another source of worry for a cross-section of GRA staff. Mr. Akore is always accusing GRA staff of malfeasance and calling for unwarranted prosecution of staff by suspicion and unfounded allegations. According to the GRA staff, Mr. Akore should first remove the speck from his eyes before thinking of his hypocrisy of piety. According to the staff, he is more concerned about the hundreds of cedis that he accuses GRA staff of “stealing” but not considering the millions of cedis that should be of concern to him. According to the staff, the Almighty God is watching all of them and the day of accountability on earth and in heaven would prove and show the genuine guilty and innocent ones.

Unfortunately, in the case of Ministry of Finance, Mr. Akore, who is only a Technical/Special Adviser of the Finance Minister, is the representative. The position of a Special Adviser is not a line authority and therefore technically does not qualify a person to be on the GRA Board. There are several competent Directors at the Ministry of Finance who could be on the Board but no one can beat the Prime Minister to it. Professor Adei and Finance Minister took advantage of their Databank connections to allow Mr. Akore to sit on the Board in place of the Deputy Finance Minister in charge of Revenue.

In October 2019, Professor Adei indicated that he did not want any politician to be on the GRA Board. By that assertion he meant the withdrawal of Honourables Carlos Ahenkorah and Kwaku Kwarteng. Professor Adei is however very comfortable with Mr. Ernest Akore because they have fought several battles in the past either in the army of Databank or the Finance Ministry where in all cases Hon. Ken Ofori Atta has been the “Commander-In-Chief”. What the staff of GRA is saying is that the membership of Mr. Ernest Akore on the GRA Board is unlawful and mischievous.

Readers may no longer be wondering why a cross-section of GRA staff think that Professor Adei and Mr. Owusu-Amoah (who are in-laws) are really mischievous, treacherous and vindictive. These are two gentlemen professing to be “Reverends” but practice vices. They are using their positions at GRA to help their favourites, cronies, family members and friends while at the same time victimizing those they consider to be on the side of their perceived enemies or rivals. Several examples have been cited in our previous publications.