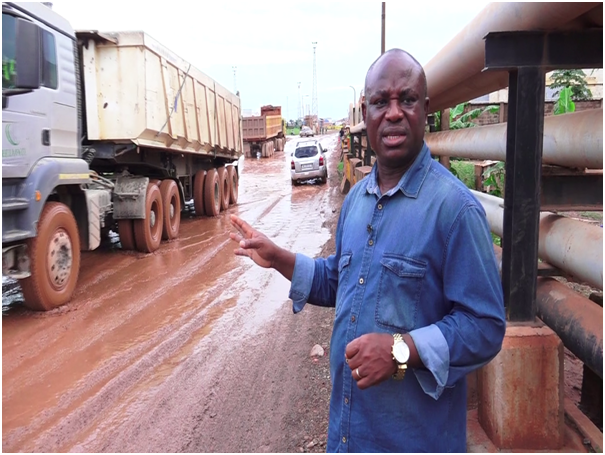 At an event to formally outdoor the certificates to its Staff and third parties for both Tema and Takoradi Ports, the Acting Director General of GPHA, Paul Asare Ansah tasked the authority’s work force, service providers, security agencies, revenue mobilization authorities, and all other relevant interested parties who have roles to play in the port’s value chain to endeavor to adhere to standards as the authority strives to maintain its certification status.

He was optimistic that the ISO certification will lead to the increased efficiency of service delivery in the port.

The Managing Director of SGS-Ghana, Mark Davidson said the certification would be meaningless if GPHA does not put to practice all requirements of the three standards.

He added that the certification will help give GPHA a competitive edge and showcase the Authority’s commitment to providing services to our business customers whilst protecting the environment and eliminating work place related injuries, with the aim of promoting sustainability in the authority’s operations.

The Corporate Monitoring Manager of GPHA, Garvin Amarvie who spearheaded the project indicated that the decision to expand the authority’s ISO scope to include the Takoradi Port and adding on two new standards i.e. ISO 14001:2015 and OHSAS 18001:2007 to the existing ISO 9001:2015 was aimed at ensuring the institutionalization of strong management systems which is key to attracting international business opportunities for the country’s ports.

In Takoradi, the GM, Business Development of GPHA, Samuel Ntow-Kummi reminded all that GPHA was on a mission to develop world class ports with the aim of providing world class services.

The Acting Director General of GPHA, Paul Asare Ansah said an efficient port will require the immense contribution of all stakeholders in the value chain by adhering to the standards set out by the Authority.

The Director of Port – Tema, Edward Osei assured all that the port authority is putting systems in place to create a conducive environment for stakeholders to undertake their activities.