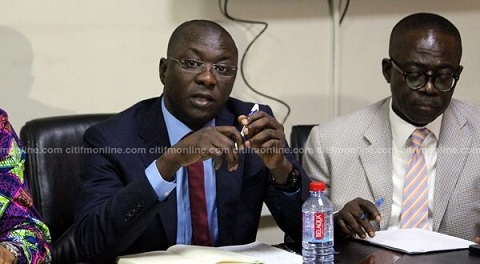 Government has set up a highly powered Task-Force to investigate and deal with weird circumstances leading to political hooliganism by some aggrieved members of the governing New Patriotic Party (NPP) especially in the northern region.

The Task-Force is led by a Deputy Minister for Energy, Dr. Mohammed Amin Adam Anta, and some of its members include the Chief Executive Officer of the National Petroleum Authority (NPA), Hassan Tampuli, a Presidential Staffer, Clara Napaga Tia Sulemana, and Managing Director of Ghana Water Company Limited (GWCL), Dr. Clifford Braimah.

The Task-Force has so far spent three-days in the Northern Region holding discussions with major stakeholders involving NPP regional executives.

The Task-Force among other major achievements, has succeeded in resolving the intra political stalemate between the embattled Karaga District Chief Executive, Alhassan Yabdow, the NPP constituency leadership, and scores of the youth there.

The aggrieved parties in the end signed a communique dubbed, “Settlement of political dispute in the Karaga district.”

They unreservedly apologized to President Nana Addo Dankwa Akufo Addo and the good people of Ghana for the untoward situation perpetuated by some disillusioned NPP youth in the area.

They agreed to an amicable settlement of the political stalemate there, which earlier resulted into the locking up of the DCE’s office.

They resolved to peacefully co-exist and deepen their collaboration to develop the district with the anticipation to strengthen the NPP’s support base.

They also vowed to make the NPP more attractive to its core members and floating voters, as a means of winning both the Presidential and Parliamentary elections in the Karaga constituency at the 2020 polls.

They further admonished all party loyalists there to renew their commitment to the values of the party, by using the appropriate internal conflict resolution mechanisms to resolve their future grievances.