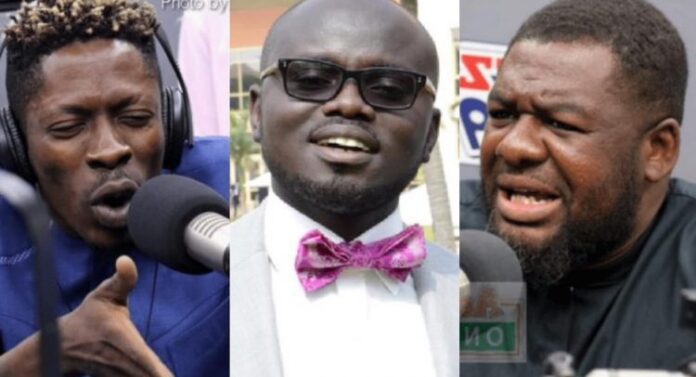 Artiste manager, Lawrence Nana Asiamah Hanson, popularly known as Bulldog, has filed a lawsuit at an Accra High Court against controversial dancehall artiste Shatta Wale for defamation.
According to court documents, the suit is as a result of Shatta’s recent allegations that Bulldog knows something about the death of Kwaw Kese’s manager, Fennec Okyere who was murdered in 2014.
The writ filed on Monday, November 7, 2022 and it captures Bulldog’s plea to the Court to order Shatta Wale to retract his “defamatory” statements and apologise unreservedly on seven consecutive days.

Shatta in a tweet in early November alleged and suggested that Bulldog confided in him about a plan on the life and murder of Fennec Okyere.

“Bulldog since u r bringing out secrets. You will tell Ghanaians. What happen to Fenicks Murder !! And I am not joking about this time!! I am ready to tell the court about what you told me about you and your men and how planned that foolish act get ready. This Akufo Addo won’t give you a murder chance to be on our streets !!! Watch how this ends !!! You can’t fight time,” he tweeted.

Shatta Wale, born Charles Nii Armah Mensah Jr, has since been invited by the Cold Case Unit of the Ghana Police Service to assist in investigations.

Bulldog has not been heard directly reacting to the allegation.

He however decided to use the court system to clear his name.

In his writ, Bulldog claims the recent publication by Shatta Wale implies that he (Bulldog) is “a criminal gangster and a danger to society and ought to be in jail (rather than walk freely in the streets)”.