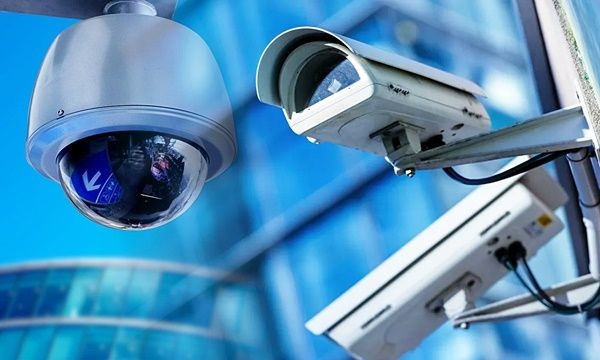 The fight against crimes is a task that continues to engage governments and law enforcement agencies across the world. There is no society exempt from crime. The famous Sociologist, Emile Durkheim while writing his treatise on ‘Crime and Deviance’ points to the normality of crime as an inevitable part of society, noting that crimes exist in all society types.

In this regard, society will have to continually deal with the incidence of crimes because there are always acts that offend the societal and collective conscience of people within any given society. This, therefore, requires that society develops ways to deal with criminal acts and tendencies as a way of preserving public order and thus guarantee public safety and security.

However, to be able to properly deal with crimes, every society must first consider crime as a ‘public health’ factor just like medical and clinical conditions which require appropriate diagnosis and consequent treatment.

This is because as a public health factor, levels of crimes can be used as a measuring rod in assessing the overall ‘social health’ of a country or society as well as the quality of life its citizens are expected to enjoy or have. For instance, on a country-to-country level, citizens of countries such as Honduras, Venezuela, South Africa among others have expectations of likely victimization daily which affects the quality of their social existence.

Indeed, in these countries, citizens face the threat of theft and robbery each passing day even when commuting to work or simply using public transport. According to the World Population Review (2021), countries such as Venezuela, Papua New Guinea, South Africa, Afghanistan, and Honduras have the unenviable record of being the countries with the highest crime rates, compelling many governments across the world to issue travel advisory notes to their citizens to desist from traveling to these aforementioned countries for their safety and security purposes.

Honduras for example recorded a homicide rate of 44.7 per 100,000 people in 2019 alone, suggesting that on average, thirteen (13) people are murdered in the country every day. Similarly, violent crimes are astronomically high in many US cities and states such as New Orleans, Detroit, Flint, Baltimore among others.

The crime patterns in such countries or states and cities could be indicative of the general ‘social and public health’ of those societies and may thus speak to the social organization and quality of social life in those societies.

In Ghana, crimes are a daily feature of our social lives. Indeed, on a year-on-year basis, physical assault, for instance, continue to be the number one recorded and reported crime in the country when compared to other crimes such as robbery, murder, rape, defilement among others based on police statistics.

Though I must state that police crime data all over the world are usually unreliable and mostly create ‘dark figure’ of crimes, such data or statistics give citizens and law enforcement agencies an encyclopedic overview of criminal trends in a country over some time even if they do not reflect the exact situation on the ground.

In Ghana, while a crime such as physical assault is generally high and could result in injury or death of a victim, it is crimes such as murder and armed robberies, and more recently kidnapping that usually causes fear and panic among the citizenry.

This is mostly due to the violent nature of these crimes, the way and manner they are usually executed or committed as well as the pattern of victimization.

Consequently, over the years, it is as if our governments and security agencies have mostly focused on deploying strategies to combat the incidence of robberies in particular to the neglect of other serious crimes such as rape, defilement, physical assault, narcotic drug possession among others as a way to reinforce public safety and boost confidence in the security agencies.

It must however be emphasized that the Ghanaian public is still apprehensive of their public safety in terms of criminal victimization for crimes such as robbery and even murder.

However, in a bid to strengthen public safety and security, the government together with the security agencies have recently embarked on a national surveillance project known as the ‘Alpha Project’ which seeks to install Security Cameras on the streets and major community intersections across the country.

This project is aimed at reducing crime across the country and forms part of measures by the government of Ghana and the security agencies to boost crime-fighting operations of the Ghana Police Service as well as National Security operatives.

In giving assurance of the government to fight crime, Vice President Dr. Mahamudu Bawumia noted that they have “deployed about 1000 cameras across the country with a central monitoring centre in Accra, Tamale, and Kumasi.

The three centres will monitor all 16 regions. So the 1000 cameras are just the first phase. The second phase will be a deployment of 8000 additional cameras.

We want to have a situation where the police are helped very much in their fight against crime with real-time data so that we see what is happening virtually everywhere we can. It really helps” Dr. Bawumia said (Citinewsroom.com, 2020).

It must however be said that while such technologies are a very good resource for crime control, they serve a ‘big brother’ function where individuals and their activities and routines are watched and monitored remotely by such technological tools. Consequently, such technologies offer and produce real-time incidence data when needed for analytical purposes.

In the US for instance, police used footage and images from state, public and private CCTV sources to identify the suspects in the Boston Marathon bombing case in 2013. Similarly, CCTV helped identify the bombers who staged the recent coordinated attacks in Sri Lanka in 2019.

With such installed surveillance systems across the country, the Police Service is expected to have an increased capacity within a short period, to obtain video and images of crimes committed at the street and block levels in the country and quickly profile the suspected offenders for arrest and subsequent prosecution of the crimes in the law courts.

These tools should thus enhance police operations in the fight against street-level crimes such as daylight street robberies and murders among others.

However, in a country like Ghana, one cannot be fully sure of the medium to long term impact of these surveillance systems on the overall fight against crime as well as crime control and management generally in the country. Our unenviable attitude of non-maintenance of social infrastructure may be our very undoing in this project too.

It will not be uncommon to have situations where when the service of these CCTVs would be critically needed, citizens would be told of the non-functionality of the CCTVs at the time the crime is occasioned.

Reaping the fruits of surveillance technologies will require that the systems are constantly monitored for functionality and appropriate maintenance systems instituted for them so that they perform their ‘big brother’ role 24/7. If we cannot do that as a country, then the government and the security agencies should spare the public with the installation of these CCTVs that may end up becoming white elephants because of the absence of a maintenance regime that guarantees their utmost performance.

We must be aware as a country that, all over the world, fighting crime is a serious business that requires extensive investments in time, efforts, decision-making, finances, and also manpower and this requires that state-actors deliberately work in a coordinated manner, using all the tools at their disposal to police crimes.

While crime prevention is most difficult in Ghana because of our still developing intelligence gathering systems, these surveillance tools should at least help improve and enhance our crime-solving abilities in cases where the crimes happen or are committed. This can be a starting point in improving our criminal justice system where the security agencies can assure the citizenry with a certain high degree of certainty that at least some crimes will always be solved and justice secured for victims and their families.

Furthermore, it must be stated that we are likely to chalk bigger successes with the installed surveillance systems if the majority of these CCTV cameras are also installed within communities and neighbourhoods in addition to those installed on the streets. Generally, crimes such as murder and robberies mostly occur at the neighborhood or community level where state-level guardianship and protection are usually weak and limited.

In that case, motivated offenders through their rational-choice processes would prefer to attack suitable targets either in their homes or in secluded places within the community where there is a lack of guardians.

By installing these CCTVs within the communities and neighbourhood, it may send clear signals to motivated offenders and criminals that they are being watched and that their activities and acts may likely be captured by any of those community-based CCTVs as they approach and exit the crime scene.

This may help reduce community and neighbourhood level crimes especially armed robberies and murder in particular. Maybe with time, the government and security agencies must also consider deploying a fleet of police manned mobile cameras that can be deployed in communities as opposed to the fixed ones that are being installed across the country.

Such mobile cameras are helpful in recording and monitoring public safety issues and anti-social behaviour. They also enhance safety at large community events and also for disaster recovery.

Moreover, it is suggested that installed cameras are not mounted so high above the ground such that they become poorly positioned to obtain face images. There have been instances across the world where security cameras though able to capture criminal acts are unable to obtain the facial images of the criminal suspect(s).

Some ‘smart’ individuals knowing the existence of such weakness in the surveillance system obscure their faces by wearing baseball caps, hoodies, and even dark shades to disguise their appearance when engaging in criminal activities.

When the CCTVs are so high above the ground, images are often blurred and grainy due to the distance from the camera to subject as well as the poor resolution of the legacy analog cameras mostly installed in public spaces.

If the end is to use such images to solve a crime and further use them for a criminal prosecution, these CCTVs must be well-positioned such that all the necessary details of individuals, movable and immovable objects in the range of the camera lenses can be well captured which should help build a strong evidential portfolio for solving crimes and presentable as evidence in the law courts for obtaining justice for victims of crimes and their families.

In conclusion, surveillance is changing the traditional approaches to crime policing. The deployment of surveillance technologies in crime control and management provides an additional layer to the already existing strategies and approaches that the police service has used over the years.

These enhanced capabilities should help law enforcement fight crime, rather than just solve it as it can be improved to seek out individuals in the process of offending or committing a crime when appropriately monitored and deployed. Until then, just know that BIG BROTHER IS WATCHING!