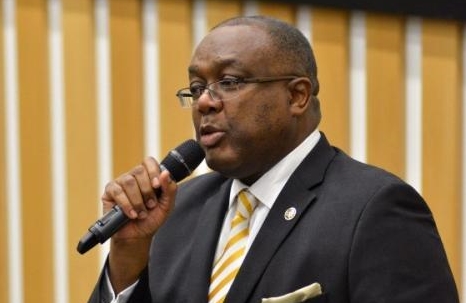 Ghana’s Former Ambassador to the United Kingdom, Victor Smith, has strongly reacted to assertions by a leading member of the party and a Flagbearer Hopeful, Hon. Alban Kinsford Sumana Bagbin that Ex-President John Dramani Mahama was an abysmal failure as a President.

To the former diplomat, if Mr Mahama was a failure then Alban Bagbin was a major contributor because he (Bagbin) was a Majority Leader in Parliament during JDM’s administration.

“If you describe JDM’s performance as abysmal then it is wrong because you were also part of his administration.

“It was very worrying for Bagbin to be talking this way because it is this same NDC party that you rallied on to rise to the top as a deputy Speaker of Parliament,” the former diplomat said.

Speaking on Okay FM’s Ade Akye Abia Programme, Ambassador Smith implored Mr Bagbin to be measured in his speeches and conduct his campaign devoid of name-calling.

“We will vote for John Dramani Mahama because he has what it takes to strengthen the party, his good works are visible for everyone to see,” he added.

He was of the strong conviction that the former president will “win the primaries and unite the party together to help wrestle power from the NPP come 2020.

“Majority of the grassroots are solidly behind him and it will be a mistake if any of the aspirants hurl insults at him,” he cautioned