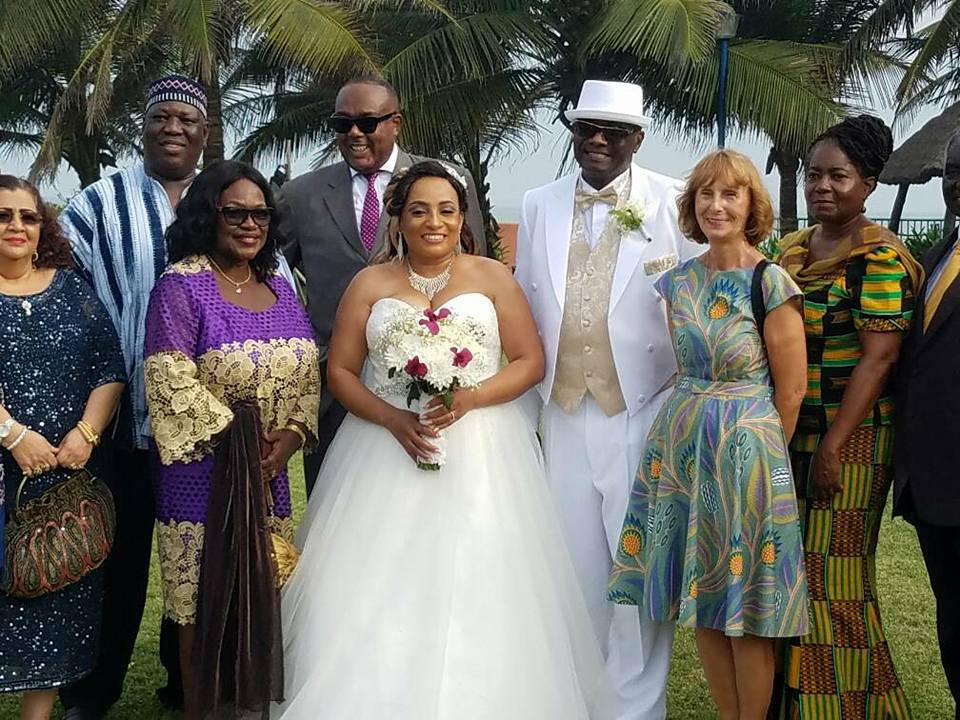 The estranged wife of failed National Democratic Congress (NDC) parliamentary candidate of Okaikoi North Constituency in the Greater Accra Region, Mr Andrew Okaikoi, has moved on with her life following her break up with her husband as she is reported to have remarried at the weekend.

Zita sparked up marriage rumours after social media introduced her wedding images to her maiden name.

Mynewsgh.com stumbled on pictures confirming she had remarried, as one of the approved comments said, “Congratulations Sabah Zita Benson for your new name.”

Two other comments – “Congratulations Zita Benson for your new name,” “It was such a beautiful ceremony,” also confirmed that the mother of Okaikoi’s children has tied the nuptial nuts.

It is not readily known when Zita got in a messy break up with her husband, Okaikoi but some guests who attended the wedding confirmed she has remarried.

Little is known about her new husband.