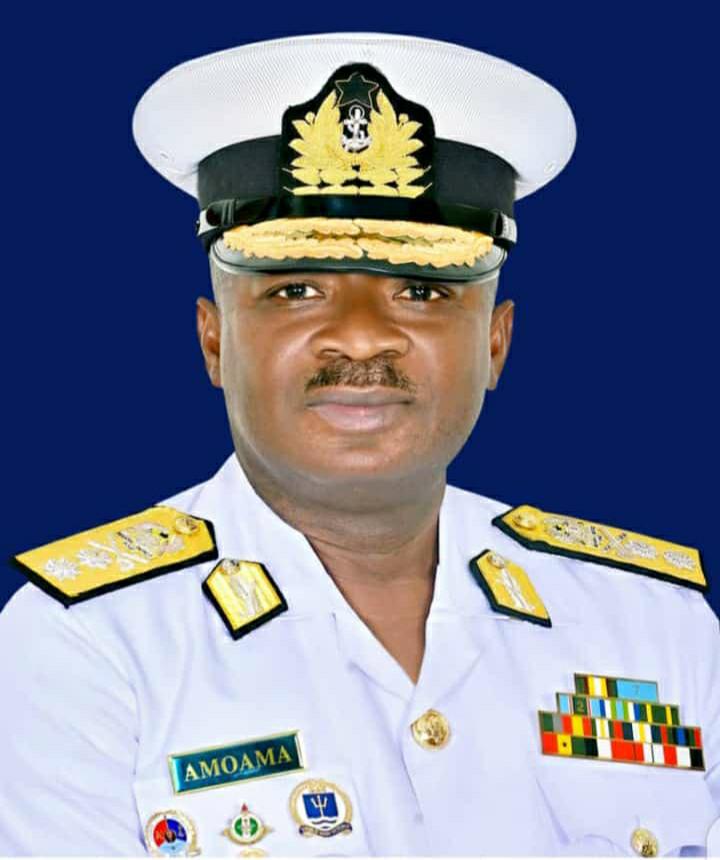 …but be careful of saboteurs

The office of the DAYBREAK newspaper was like an Outpatient Department of a hospital with phone calls when news of the appointment of Rear Admiral Seth Amoama as the next Chief of Defence (CDS) was announced last Friday.

We on the DAYBREAK want to welcome Rear Admiral Seth Amoama to the hot seat and ask him to brace himself to redeem the charred image of the Ghana Armed Forces.

Without ‘hype-men’, you were the first choice of the Commander-In-Chief just as your days at the Military Academy, Ghana Armed Forces Command and Staff College (GAFCSC), and in Nigeria too.

Rear Admiral Seth Amoama has already reached the ultimate ambition and, perhaps, may not be motivated any longer as there might be no more for him to achieve. Yes, that may be true. But after self-actualization, there is a reputation to protect. There is a legacy to be made and to be left. It may be either positive or negative.

We wished that Rear Admiral Seth Amoama would leave a very positive and remarkable legacy. Do not be “too religious for the position of Chief of Defence Staff”.

The Armed Forces of today are unacceptably heavy at the top with a lean middle level which should not have been the norm. The hierarchical and pyramidal arrangement of professional Armed Forces require very thin top levels with heavy middle and saturated lower levels. But what do we see in the Ghana Armed Forces today because of the reckless promotions and appointments of some eras? The direct opposite of the norm.

The number of Generals and Colonels and their equivalents in the Ghana Armed Forces is outrageous. Even the British and American Armed Forces do not have those numbers considering the sizes of our Army, Navy, and Airforce.

Ghana’s Army is just about a Division of a proper NATO or British standard. Yet, we have over forty (40) Army Generals with proposals to promote more undeserving ones for the sake of satisfying some constituencies and interests.

The situation is the same for the Navy and the Airforce. How many ships (worthy of appellation) do we have in our Navy to merit the number of Admirals, Commodores, and Naval Captains? What about the Airforce? When all the aircraft hurriedly and irregularly purchased are unable to fly, owing to lack of maintenance and wrong acquisitions we still have several Marshals, Air Commodores and Group Captains!!!

These incongruous numbers of Generals, Colonels, and their equivalents affect the performance, operations, and administration of the Armed Forces. The real work of the Armed Forces, especially in the Army, is done by the Other Ranks and lower echelons of officers (Majors and below). But the numbers of the Other Ranks are inadequate considering the tasks and challenges confronting the security services.

Monies that could be used to recruit, train and equip the Other Ranks are going into the pay and allowances of undeserving Generals and Colonels. The pay and allowance of one Brigadier General can take care of at least five (5) private soldiers. It is these private soldiers who would do the patrols, manning, and protection of VVIPs, VIPs, and very important installations.

It is these same private soldiers who some unfit for command Generals use in helping their friends to make money off Ghanaians.

At least, you know there are saboteurs in the system and some you know them personally. The person who went to the Square to lie about you collecting kickbacks from oil firms just because the Navy had a contract with such firms is still around.

Again, that same person, when he failed with the kickback issue, wanted you probed just because you only signed as a referee for someone who has been working at Ghana Armed Forces Command and Staff College (GAFCSC) and wanted to be in the Ghana Military Academy and that too, the person failed.

That same person goes on official trips with colleagues and ends up taking pictures of them to show or report to ‘assurance givers’ that a colleague was in a nightclub with women yet these same persons aren’t saints too.

Elsewhere in this edition is a group picture of the Lieutenant-General OB Akwa, the caretaker Minister of Defence and one Lebanese national called Mohammed. We won’t write anything on it, but those who know, know already.

We would welcome you officially when you take office…..cheers.