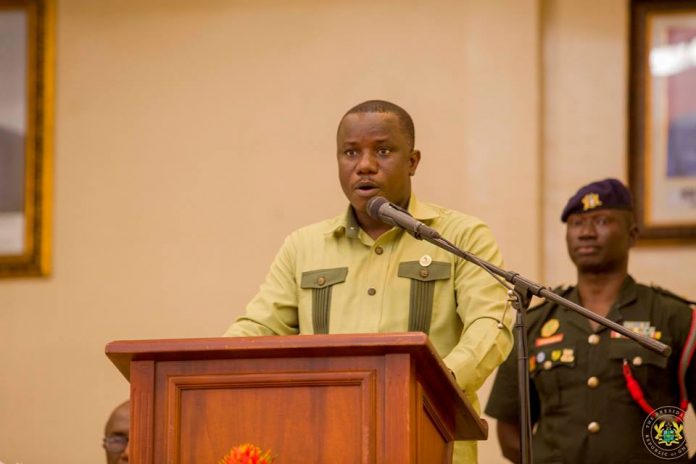 Military personnel have been advised to stop engaging in sexual activities when they are assigned on international duties to protect and maintain peace in troubled nations and regions.

The Defence Minister, Mr. Dominic Nitiwul, gave the advice to soldiers recently at a ceremony at Sunyani.

Explaining the reason for his call, he pointed out that the United Nations (UN)  peace-keeping mission was instituted to protect and save lives, but not for soldiers to revel in lecherous pleasure themselves, and engage in assaulting people’s wives and young girls.

According to him, such obnoxious acts by some of these military personnel only tarnish the image of soldiers and the country they represented.

Mr. Nitiwul said, “You cannot have sexual relationship with the people you have been given to protect and maintain peace,” he stated, adding that the UN frowns on sexual exploitation and abuse of innocent citizens during military operations wherever they occur.

Promising that the laws would be tough on such culprits in the future, the Minister pleaded with them to desist from acts forthwith.

The Minister who made these remarks at the Third Battalion of Infantry at the Liberation Barracks in Sunyani, also added a note of caution, saying such actions if not stopped, could result in the withdrawal of the entire battalions should it come to light.

Seasoning his speech with humour, he told them that henceforth, he would expect them to behave like catholic priests when they get there “because, once you are arrested, it would have a repercussion on you and other members of your battalion,” he said, explaining that it was because of such incidents that they were given $700 as leave allowance.

“In fact, you cannot just lose your rank but you can be sacked from the Ghana Armed Forces (GAF) if you indulge in such misbehaviour,” Mr. Nitiwul warned.