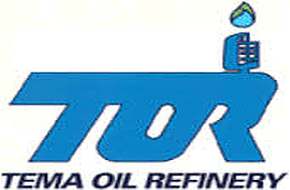 Some concerned workers of the Tema Oil Refinery (TOR) have appealed to President Nana Addo Dankwa Akufo-Addo to remove its Board of Directors and Managing Director for allegedly mismanaging the place.

The workers, who pleaded anonymity for fear of victimization, in a document made available to the Ghana News Agency, stated that for more than two years, the Board of Directors and Management of TOR have failed to make decisions that would make the Refinery viable.

“They have connived with the BDCs to tie-in to all our pipelines and hence denying TOR transmission income for their selfish gains,” they alleged.

According to the workers, “It may interest the ordinary Ghanaian to note that engineers and technicians may not have the opportunity to go for training but rather cronies of the Board and the MD are sent to Dubai for training while workers’ provident fund (over GH¢ 30 million) SSNIT, pension, Medical Supplies and even Trade Union dues are in huge arrears”.

They further alleged that management staff were always busy approving foreign travels for themselves “as if TOR is a tourism company”.

They accused the Board and the MD of lacking ideas to move the Refinery forward stating that the MD since assumption of office had given several promises that were yet to yield any results.

They also questioned why “members of the Board come for meetings every time and walk away with fat envelops in the name of sitting allowances, fuel coupons and even travel outside in the name of TOR”.