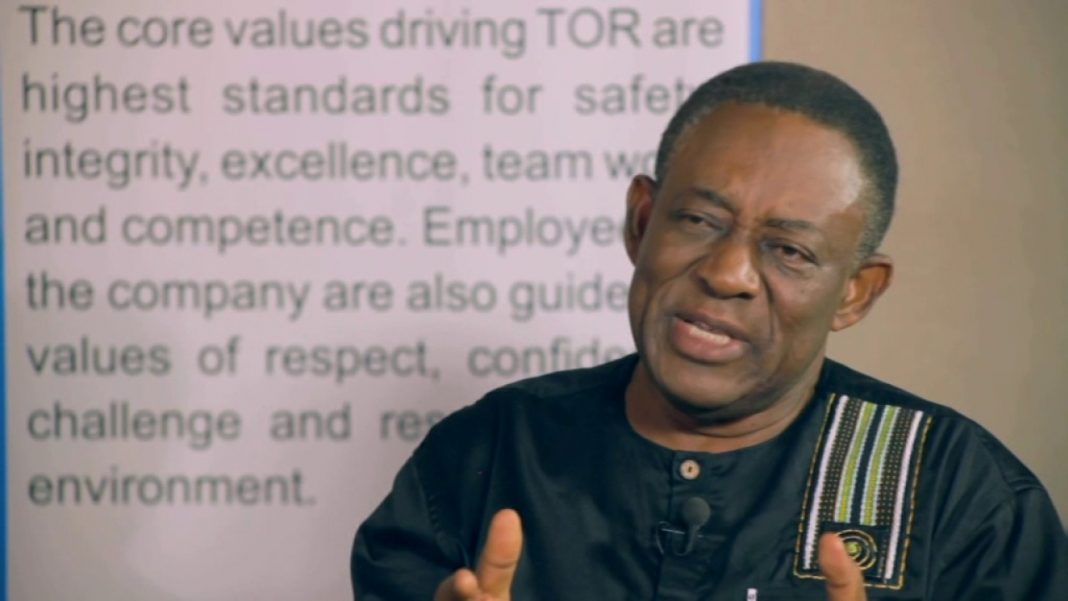 Pipelines belonging to the Tema Oil Refinery and located at the Valco berth near the Dry Dock in the port of Tema are posing serious threat to the port following some serious leakages.

The pipelines are laid for the transmission of crude oil, liquefied petroleum gas, gasoline, among other highly inflammable products. They form supply lines to the refinery and other critical installations in the Tema metropolis.

A visit to the site by DAYBREAK scouts saw persistent leakage of petroleum products from the pipelines which are adjacent to the Tema dry dock, where hot metal work activities take place.

A team from the Fire and Safety department of Tema Port was at the scene and lament that they had made several attempts to reach TOR management to contain the situation but to no avail.

Previous attempts to fight the leakages with foams from cannons have not been sustainable, DAYBREAK learnt. After a a frantic effort to manage the spillage, the Fire and Safety Manager of Tema Port, Jimmy Nab-Daisie prayed and hoped that such leakages must not be allowed to build up  again in future, urging the maintenance team to be ever alert.

Upon the arrival of an official of TOR who is in charge of the site, he admitted that he reported the matter to his superiors three days earlier.

The GPHA fire men advised that, following attainment of ISO certification, Ghana’s Port is putting all measures in place to promote high standards and will not accept any lazy attitude on the part of maintenance mechanics in the port which will endanger lives and properties.

In 2005, a vessel at the shipyard caught fire after it came into contact with oil spillage on the surface of the sea from a leaking pipeline almost at the same spot. This resulted in the loss of lives and properties including this dilapidated building at the fishing Harbour.

Similarly, in 2015, China’s largest Port City of Tian Jin was in flames, whilst in January 2016, a Port in Brazil was also in flames as a result of such negligence.