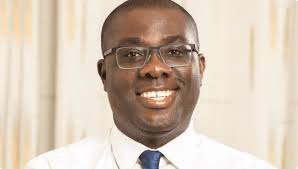 Even as the dust is yet to settle over the government’s resolve to run to the International Monetary Fund (IMF) for a bailout, Ghana’s scarce resources are seriously being dissipated at the National Lottery Authority (NLA) under the watch of its Director-General, Sammy Awuku.

Details emerging from the Authority tell how over GH¢97, 000 has been spent on the purchase of Executive and Special Alcoholic Christmas Hampers.

Samuel Awuku had in a December 20, 2021 letter to the Managing Director of Top Woman Liquor And Trading awarded the contract for the supply of the Hampers to the Authority.

The letter read: “This is to notify you that you have been awarded a contract for the supply of Christmas hampers at a contract sum of ninety-seven thousand, nine hundred and sixty-eight Ghana Cedis (97,968.00).”

Per the terms of the contract, the supplier must “deliver the items at the National Lottery Authority Head office within seven days after contract signing“.

The Samuel Awuku signed letter further stated: “Payment shall be made thirty days after delivery to the satisfaction of the purchaser. “