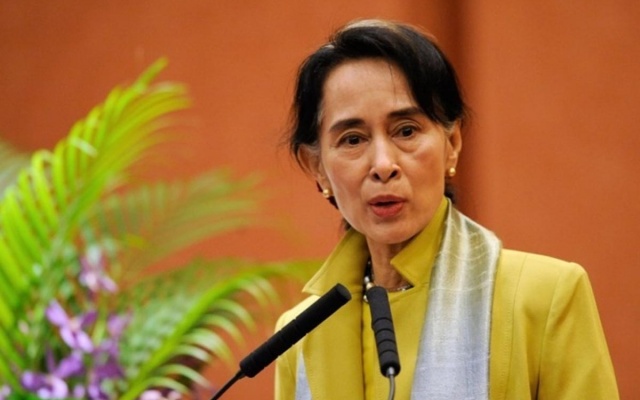 Ghanaian Member of Parliament, Ras Mubarak, has filed a petition at the office of the Chairperson of the Nobel Committee, Berit Reiss-Anderson, requesting that Burmese leader Aung Sang Suu Kyi be stripped of her Nobel Peace award she received in 1991. Mr Mubarak said: “A character like Ms Suu Kyi, who’s looking on while Rohingya Muslims are murdered daily is undeserving of the title of a Nobel laureate.” Mr Mubarak, a Muslim himself, said the international community “should make every effort to arrest” Ms Suu Kyi and “charge her with overseeing a genocide in Myanmar”. “Inaction is not an option,” he noted. Below is Mr Ras Mubarak’s petition: Petition for the Revocation of the Peace Prize conferred on Aung San Suu Kyi: The military in Myanmar, and some elements of the civilian population have, in a very grotesque manner, attempted to obliterate the Rohingya Muslim people of Myanmar. There’s a huge body of evidence of a genocide taking place in Myanmar. The Nobel Laureate, Aung San Suu Kyi, is the leader of Myanmar. The UN in its human rights report on the country Ms. Suu Kyi presides over, makes damning findings of how the Rohingya people are going through ethnic cleansing. When the throats of children are slit in front of relatives; when girls as young as eleven are gang raped; when young boys and girls are summarily executed and when the elderly are butchered with machetes, with whole villages torched and destroyed, the world cannot continue to remain silent. All of these, and many more atrocities are committed against the Rohingya under the watch of Aung San Suu Kyi. It is based on the evidence of immeasurable persecution of the Rohingya people, documented by the UN, Amnesty International and other aid organizations that I appeal to your distinguished institution to immediately strip Aung San Suu Kyi, of the Nobel Peace Prize she received in 1991. The Rohingya people have been described by the UN as the world’s most persecuted minority. And these atrocities should not be happening under the watch of a Nobel laureate. The weight of the evidence of massacre, and inaction by the Burmese authorities, led by Ms. Suu Kyi, to stop the killing, rape and abuse of the Rohingya Muslim minority, should be enough basis for the distinguished Nobel Committee to revoke the award conferred on her in 1991. I trust that my appeal would receive the necessary attention and action immediate action. Honourable Ras Mubarak, MP. Parliament of Ghana, Osu Accra. 233244478267 ras.mubarak@icloud.com