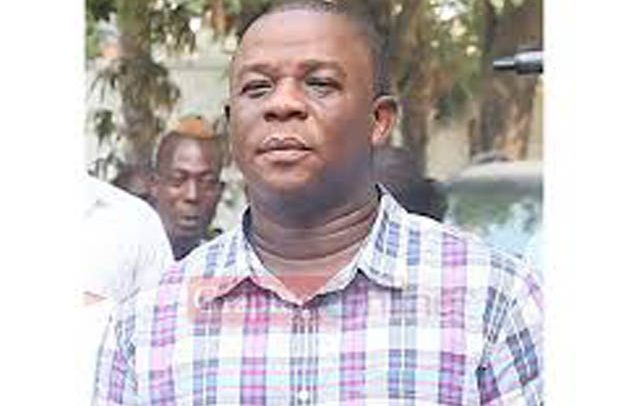 Some top officials at Ghana’s Presidency, the Jubilee House, have been caught in huge roguery involving a parcel of land located at the plush residential area of Tse Ado behind the Trade Fair.

The parcel of land, which according to official documents,  belongs to Anna Horma Akaisi Miezah, the Western Regional Treasurer of the New Patriotic Party (NPP), is now a subject of litigation between herself and a certain Valentino Nii Noi Nortey, who claims to be an aide to Lord Commey, the Director of Operations at the Presidency.

According to DAYBREAK investigations, Horma acquired the said land in 2011 and drove away the squatters living on the land before putting up a structure on the land and walling it.

Ten years on, Nii Noi pops up with the help of his boss and claims he owns the land. He sent a group of heavily built men who invaded the private property without authority. They were arrested for their unlawful conduct and sent to the Police Headquarters but calls from Lord Commey got them released.

The said persons reentered the fenced private property land using force and backed by political power. They were rearrested and again, and as usual, calls from Lord Commey got them released.

After their second release, the ‘macho men’ again reentered the private property, were rearrested and again, Lord Commey called and ordered their release for the third time.

Mr. Commey, himself confirmed to DAYBREAK in a telephone interview that he was the one who called the Police Headquarters to get the boys released.

It is turned out that Nii Noi claims he bought the land in 2009 and one wonders where he was when a structure and a wall was done on the land.

When DAYBREAK got in touch with the Director of Operations for his comment on matter, he said he has no interest or whatsoever in any land at Tse Ado but said Horma came to him crying to talk to Nii Noi on that matter.

“I have no issue with Horma Miezah…she came to my office crying that I should mediate on the matter which I did”, he said.

He, however, said anytime Nii Noi’s boys were arrested by the Police, he places a phone call to the police to release them. Nana Addo’s Director of Operations, did not however tell why he uses his office to get the boys released when indeed he has no interest in the said property.

When DAYBREAK spoke to the said Nii Noi, he said ‘’I have told my boss (Lord Commey) to stay away on that matter. This morning, I went to court on that matter’’.

Nii Noi, however did not tell why it had to take him to tell Lord Commey to stay away from a land that Lord Commey had denied having any interest in.

In recent times, the name Lord Commey has become synonyms with issues over lands in Accra.  This is about the third case in which his name has popped up in controversial land grabbing schemes.

It would be recalled that The Inquisitor last month reported that some top officials at Ghana’s Presidency have been caught in huge deceit involving the Community Park that serves residents of first class East Legon environs.

The park located closer to the East Legon Police Station is now being occupied by heavily armed persons believed to be working on the instructions of one of the Directors at the Jubilee House.

Those armed persons, not long ago, assaulted Mr. Kwabena Amaning, popularly called ‘Tagor’, who has been protecting the land for the past two decades.

The men who assaulted Mr. Amaning were alleged to have claimed that they were working on instructions of Mr. Lord Commey, Director of Operations at the Presidency.

The Inquisitor cannot independently ascertain the truth or otherwise of that claim by the armed men, however.

There are clear indications commercial shops are going to be built on the land earmarked for Astroturf that will serve the whole East Legon Community.

The Ayawaso West Municipal Assembly is virtually helpless because it cannot control the Jubilee House power in the desire to grab the said land.

But for Mr. Amaning, the land serving the whole of the East Legon Community would have been sold long ago by the looting brigade.

The East Legon Executive Club House was part of the community park until that area was grabbed by some top business persons who later constructed the club house on it.

The contractor working on portions of East Legon roads is currently using part of the community as site for construction materials.

There is likely to be a bloodbath over the land in the coming days, because some youth at East Legon have vowed to protect the community park from the looting brigade, damn the consequences.