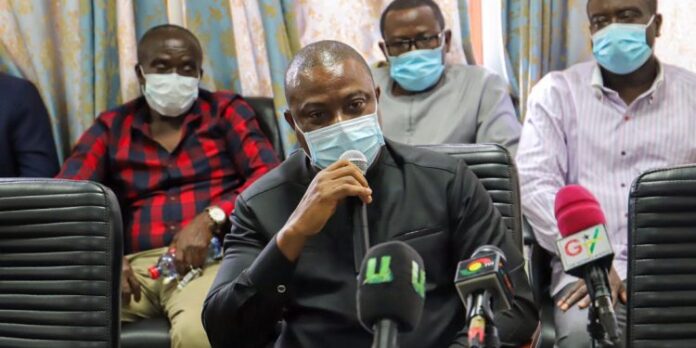 There is power play at the Forestry Commission (FC) as a Presidential directive over who takes office as Executive Director of the Forest Services Division (FSD) has been snubbed.

This is because the Sector Minister, Abu Jinapor, an appointee of the President according to sources has instructed the CEO of the Forestay Commission, Mr. John Allotey who is due for extension of his appointment next month not to comply with the directive.

The development has fueled a growing anger that has reached boiling point among workers at the Commission and the tension could most likely erupt into protests and sit-down strikes in a matter of days.

A June 20, 2022 official letter sighted by this paper was clear and direct that President Nana Akufo-Addo has appointed professional forester Mr. Hugh C.A. Brown as the Executive Director of the Forest Services Division (FSD) of the Forestry Commission.

The said document of appointment, signed by Mrs. Mabel Amoako-Atta, Secretary at the Public Services Commission noted: “I have the honour to inform you that His Excellency the President has, in accordance with the advice of the Governing Board of the Forestry Commission, given in consultation with the Public Services Commission, has promoted you to the position of Executive Director (Forest Services Division) of the Forestry Commission…”

The letter noted that Brown’s appointment took effect from June 14, 2022, and charged him to help to provide strategic vision and direction for the achievement of the strategic and business objectives and goals of the FSD and the Forestry Commission.

The appointment of C.K. Brown, as stated in the letter, was to have taken effect from June 14, 2022 and by the status of the Commission, the Chief Executive Officer (CEO) of the Forestry Commission, Mr. John Allotey was instructed to direct the officer currently holding the position in an Acting capacity to hand offer to the properly appointed Mr. Brown but this Presidential directive has been ignored despite the tensed environment it has created at the Commission.

As at press time of yesterday, Edith Abruquah was still in occupancy of the position Executive Director of the Forest Services Division (FSD) while the person duly appointed to take over hangs in the air unable to hit the ground running.

It curious that a Presidential-appointment, properly done through the Public Services Commission, in consultation with the requisite agencies, could be blatantly disregarded with confidence even though the continuous disregard is causing a tensed working environment and making the appointing authority appear weak.

Workers at the Commission have cautioned that the continuous stay in office by Mrs. Abruquah when her handing over date is long overdue is counter-productive.

Nitiwul unfit to be Minister