Home Opinion Knocking Them Cold Our Parliamentarians and National Development 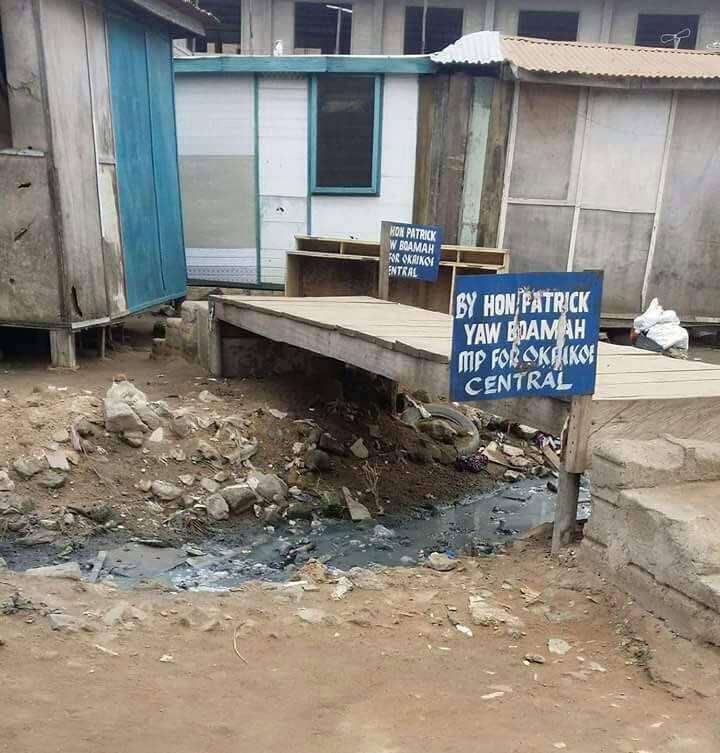 Truth be told, the role of a Member of Parliament (MP) is strictly to make laws for the country.

The MP selected by a group of people in his or her party, and elected from constituency by both partisan and non-partisan registered voters to represent their interest in the national parliament by implementing laws which will serve as catalyst for socio-economic development.

In other words, the institutional role of MPs has been viewed largely as that of attracting development projects and programs to constituents, thereby helping to reduce poverty.

The MP is also supposed to speak about the problems facing his constituents and to help in debates which find solutions to the problems. He or she owes duty to the constituency, thus, with or without their promptings, he or she reserves the right to praise and criticize national policies which affect the country and the constituency respectively.

The developments of our governance systems have elevated MPs to assume the role of development agents. The pressure of the constituents on the MPs to solve various development conundrums facing their communities was a major distress for the NP. It argued that the success or otherwise of an MP in Ghana is assessed by the amount of projects during their tenure rather than by their legislative roles.

Thus, the decentralization policies in Ghana have demarcated these developmental roles within the country to the MPs and the District Chief Executives (DCEs).

Whilst the DCEs are appointed by the President, are actually the managers of the day-to-day activities in the communities within the Constituencies and Districts. They have since 1993 with the establishment of the District Assembly Common Fund (DACF) in line with Article 252 of the 1992 Constitution under Act 455, been at the forefront of national development in tandem with the overall policies of the government in power.

The MPs, on the other hand, despite their original role as law-makers, now receives MPs share of Common Fund to enable them to participate in the developmental agenda of their constituency in order to alleviate hardship and underdevelopment.

The fund established in 2004 in line with same article that established DACF, allocates not less than 5 per cent of total national tax revenue into the fund.

The rationale for the creation of the fund, in their view, was to strengthen the financial base of the Local Government Authorities (LGAs) in order to ensure effective discharge of their statutory functions. The fund was also to serve as a development endowment to be used for the benefit of all Ghanaians.

In reality, the DACF sets the MPs share of Common Fund at 4 per cent for development projects in their constituencies, but there is no provision in the 1992 Constitution to support this decision.

Again, the District Assemblies reserve fund and the MPs share of common Fund are not fixed percentage of the DACF but varied from year to year.

This is in contrast to the DACF which, as per Article 252 of the 1992 Constitution. As a result one can clearly conclude that the operations of the MPs share of Common Fund are a constitutional illegitimacy.

In spite of that, the scheme has come to stay. The government in his 2009 session address announced its intention to introduce a new MP’s Constituency Development Fund, which has so far not been materialized.

The MPs have used their share of Common Fund as some form of financial assistance under their control to undertake development projects.

The MPs share of Common Fund is also being utilized by the MPs to implement their local level initiatives independently and without financial tussles with the Chief Executives of the Local Government Authorities (LGCE).

This is where most MPs, without effective monitoring from relevant state agencies, have been abusing the use of their common fund to undertake certain ridiculous projects, which are completely laughable, to say the least. A visit to certain constituencies show appalling projects which adds no value to the community`s needs.

For instance, in the Okaikoi Central Constituency, the MP for the area, Honourable Patrick Yaw Boamah has constructed a wooden bridge over a small gutter, which makes one wonder the kind of thinking that went into his decision, when clearly what that community needs was a proper construction of gutter which could be covered to enable to people to walk over.

Similarly, in Agona Constituency in the Central Region, the MP for the area, Honourable Queenstar Maame Pokuah Sawyerr has constructed one room Police Station, which looks like someone`s chicken coup.

These kinds of so-called infrastructural development littered all over the country as evidence of the MPs contribution to their constituents are appalling and insult to the nation.

Others use their MPs share of Common Fund to build sheds and huts (apata) for the youths in the community to congregate to engage in political and football discussions.

Some MPs even go further to buy LCD Televisions sets and decoders in addition to the huts to enable the youths to watch football, telenovelas and local drama shows.

In some constituencies, these joints are popular spots where most young men con girls and impregnate them.

Thus, instead of giving the youths jobs, they are rather deceived with huts/sheds and television sets to forget their quest for employment. The spots are now joints for anti-social activities.

Development projects must at all time reduce poverty or hardship, unemployment and migration. People must feel improvement in their lives and in their communities, and the MPs must be an example of how this is done!