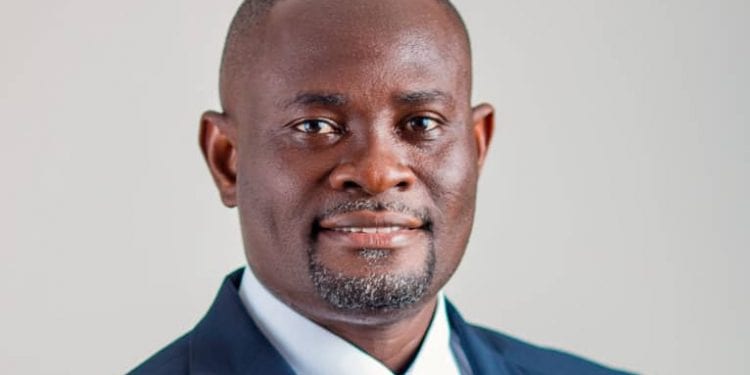 A Deputy Minister of Finance, Dr John Kumah, has said that the government’s economic management remains unmatched despite the impact of the COVID-19 pandemic.

He said even in the wake of the pandemic, the government was able to manage the economy well to save lives and businesses.

In an eight page response to comments by Former President John Dramani Mahama on the economy, Dr Kumah, said the country was currently seeing a rebound in growth, with inflation also on the downward trend albeit the recent blips.

He noted that the government had also continued with the much-needed flagship programmes expected to aid the country’s economic transformation, including the recently introduced GhanaCARES programme.

He said the government led by President Nana Addo Danquah Akufo-Addo had been honest with Ghanaians on the economic situation he inherited and the measures to turn around the fortunes of the Country.

The Deputy Finance Minister explained that by the end of 2016, GDP growth was around 3.4 per cent, with year-end inflation hovering around 15.4 per cent, and a currency depreciation of 9.6 per cent.

“According to the World Bank, the pandemic upended over a decade of growth witnessed in Sub-Sahara Africa, with an estimated negative growth of 2.4 per cent in 2020. The negative growth was Africa’s first economic contraction in a generation and the deepest recession since the 1960s. Fitch Ratings acknowledged that Ghana’s 0.4 percent growth in 2020 was one of the few sovereigns globally to record positive growth, and they project a growth rebound of 5 per cent in 2021,” he stated.

“Indeed, in February 2020, the Cedi was the best performing currency in the world. This clearly indicates that the NPP government has managed the currency better than we saw in the past,” he explained.

On fiscal front, he said the government’s performance was nothing short of sterling.

“However, with the COVID-19 pandemic, the deficit increased to 11.7 per cent in 2020. Let me reiterate that Government, through its prudent fiscal consolidation plan, is expected to return to the fiscal rule of 5 per cent by 2024 or before,” he said.

On debt developments, Dr Kumah said there was no denying that the nominal debt had increased.

He said this was, however, as a result of the legacy domestic payment arrears build-up prior to 2017 and the contingent liabilities from the energy sector.

“One key consideration when looking at public debt is the refinancing risks. Prior to the NPP Government coming to power, the proportion of debt maturing in one year was the highest in the public debt portfolio.

“This means that refinancing and interest cost risk were elevated because Ghana was highly likely not to be able to pay its debt maturing under one year. Today, due to prudent and innovative debt management, the short-term debt as a proportion of total stock of domestic debt has reduced from 37.6 per cent in 2016 to 13.3 per cent in June 2021. This means, Ghana does not face any challenge in financing debt maturing in the short term,” he explained.

Dr Kumah also debunked assertions that the government overspent in 2020 to win the elections.

He said to appreciate election spending, one must know that elections-related spending was done through the budget’s Goods and Service component.

“From fiscal data provided and published by the Ministry of Finance, we observed that in 2012, Goods and Services increased by 37 per cent from a budgeted amount of GH¢967.0 million to an actual expenditure of GH¢1,322.0 million.

He said this therefore does not support claims of overspending by the NPP government to win 2020 elections.

He said the rating ratings performance had been largely mixed since 2003 and after improving in the scores up to 2008, Ghana suffered several downgrades till 2016.

“Starting 2017 until 2019, Ghana achieved significant credit rating upgrades from all the three rating agencies. The emergence of Covid-19, however, led to several sovereigns being downgraded, including Ghana.

“For S&P, between 2010 to 2012, Ghana was downgraded from B+ with a negative outlook to B stable. Although, the rating was maintained at B between 2013 to 2014 the outlook deteriorated from stable to negative.

He said Ghana’s rating story with Fitch was not different from that of S&P.

“Indeed, between 2009 to March 2013, Fitch maintained Ghana’s rating at B+, but the outlook improved from negative to stable then to negative. Ghana was downgraded to B from B+ between September 2013 to March 2019 with mixed outlook. Within the period, the outlook moved from stable to negative and then back to stable.”

“Moody’s maintained Ghana’s rating at B1 with stable outlook. However, between March 2014 to September 2015, the rating moved downward from B1 to B2 and the outlook revised from stable to negative. By 2016, the rating was further downgraded to B3 with negative outlook.

He said the ratings performance clearly showed that NPP was better managers of the economy and would continue to have access to the international capital market.

“On economic governance, the NPP government stand tall. The government has undertaken reforms which are addressing the structural imbalances and opaqueness in the economy. These reforms are aimed at social inclusion and the restoration of the dignity of the Ghanaian,” he said.