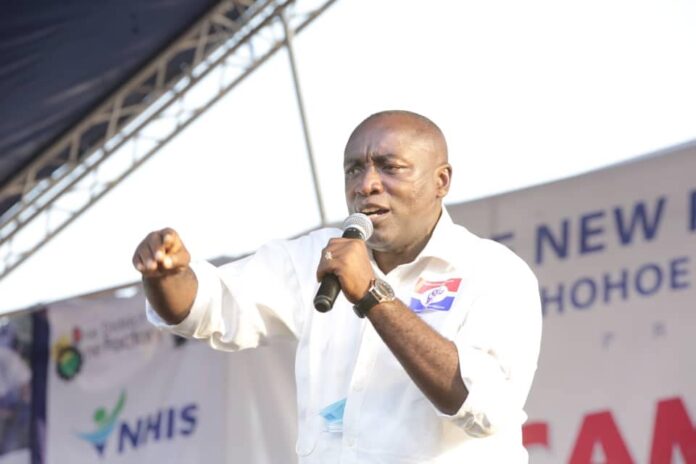 The National Executive Council (NEC) of the New Patriotic Party (NPP) has re-instated the membership of Kwamena Agyei Agyepong, after a passionate appeal made by the President of the Republic, Nana Addo Dankwa Akufo-Addo at it meeting held yesterday, the 10th of May 2021.

Kwabena Agyei Agyepong at the time of his suspension from the party in 2015, was the sitting General Secretary of the New Patriotic Party (NPP).

It will be recalled that about three months ago Kwabena Agyei Agyapong, wrote to the National Executive Committee of the party to consider rescinding its decision to suspend him indefinitely.

In his letter to the NEC, Mr. Agyapong pleaded with the council to lift their suspension of his party membership which had been in place for six years.

Kwabena Agyapong, Paul Afoko (then National Chairman) and Sammy Crabbe (then a National Vice Chairman) were all suspended by the NEC of NPP for misconduct in 2015.

The National Executive Council of the party found Mr. Agyepong and the two others, guilty of violating Article 3(d) of the party’s constitution which enjoins members to publicly uphold the decisions of the party, through various acts.

He was also accused of engaging in “unilateral actions and activities without consultation of, or authorization by the NEC [National Executive Council].”

Mr. Agyepong during President Akufo-Addo’s reelection bid in 2020, was embedded with the Akufo-Addo campaign team during their tour of all sixteen (16) regions of the country. He addressed several rallies and made a case in support of the President’s plea to Ghanaians to renew his mandate.