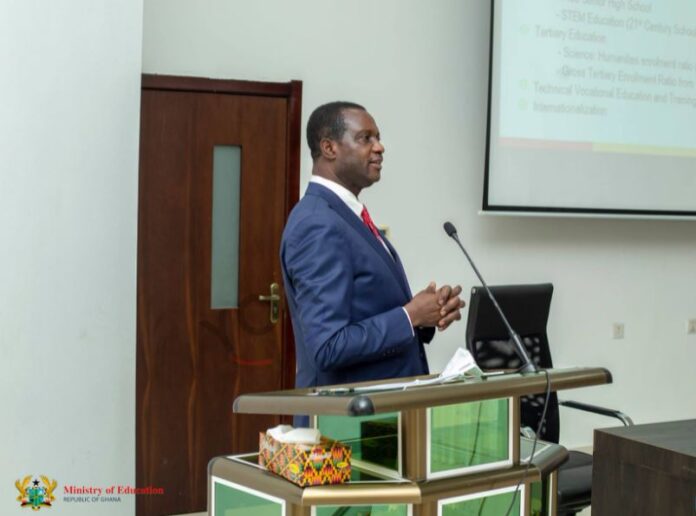 In May and August, this year, when the GALOP scandal broke, Dr. Yaw Osei Adutwum, the Minister for Education, told the whole world that he left a $300,000 job in America to come and serve his country.

“I’m not here to steal, the President invited me to come and support him to transform education and that’s why I came,” the Minister for Education said.

What he failed to tell the good people of Ghana is how he and his brothers and nephews are cashing in on the Free SHS, the President’s flagship programme in education.

It is alleged that, for every five contracts the Ministry of Education offers, three go directly to one of the 11 companies owned by the minister’s brothers and nephews.

Dr. Adutwum violated public office ethics, like conflict of interest, and scandalously superintended over the award of a contract to the tune of GH¢1,850,722.66 to Dreamscape Co. Ltd, a company owned by his blood brothers, Thomas Osei Kokofu, general manager, and David Boateng, director and secretary, and his nephews, James Osei, director, and Elijah Agyenim Boateng, director, when he was the head of the Entity Tender Committee at the Ministry of Education and Deputy Minister of Education.

The contract was for Dreamscape Co. Ltd to construct an Assembly Hall at Jachie Pramso SHS in the Bosomtwe Constituency in the Ashanti Region.

The variation, according to the Memo, was to allow for construction of a gallery on the back and sides and the expansion of the main hall of the Assembly Hall, a redesign of steel trusses and external works around the Assembly Hall of the school, which is Dr. Adutwum’s alma mater.