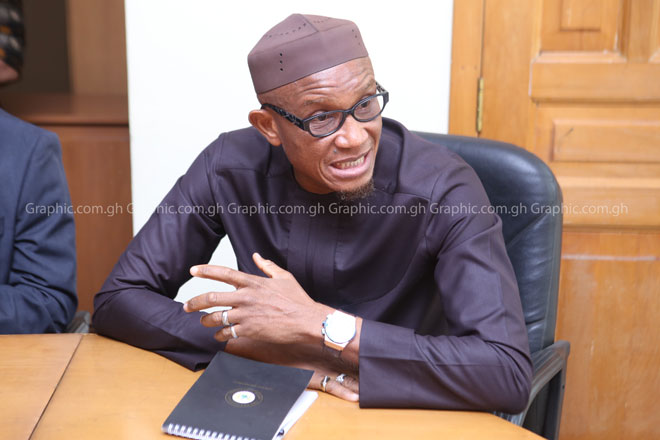 The Information Minister has said, President Akufo-Addo remains committed in his resolve to protect the public purse despite concerns his government too many appointees.

Mustapha Hamid said despite the criticisms about the number of appointees serving in the current regime compared to that of his predecessor, the Akufo-Addo government is operating with a budget more than half less of what John Mahama had.

“…our list, for example, is a little above the President Mahama list but if you look at the budget for office machinery under President Mahama it is way above our budget…For 2017 they had about ¢3 billion but we came in 2017 with about ¢1.5 billion,” he told Daniel Dadzie Monday, on the Joy FM Super Morning Show.

He was responding to the negative public reaction that has greeted the list of 998 staffers said to be serving in the Office of the President opposed to the 768 under the Mahama regime.

The sentiments come on the back of the fact that the President also has 110 ministers –against the 84 under Mahama- raising concerns that the administration’s large size could constrict the national coffers.

But Mr. Hamid maintained the President is more committed to protecting the national kitty explaining that, the establishment of several development authorities and the creation of additional government agencies necessitated recruitment of people to man them.

Last year, the President told a gathering of workers at the Black Star Square the country has been saved the amount of ¢443 million following Finance Ministry’s suspension of salary payment to some 26,589 workers in April 2017.

He said the comprehensive payroll audit conducted by the Ministry within the last two months has purged the system of ghost names and saved the nation some money.

Speaking at the May Day celebration at the Black Star Square Monday, President Akufo-Addo said the country spent ¢36,166,203 per month to maintain the 26,589 ghost workers on government payroll.