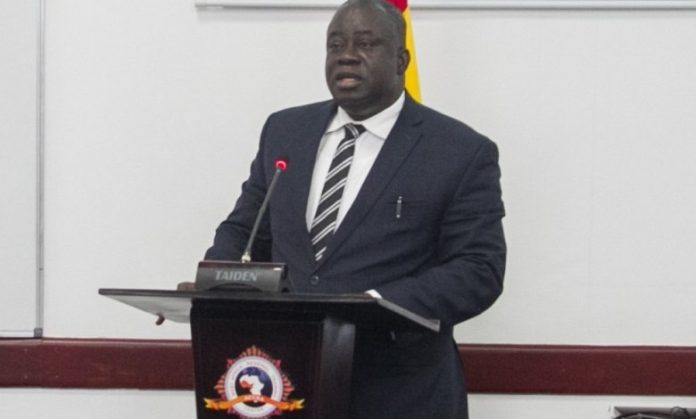 The remains of former National Security Coordinator, Mr. Joshua Kyeremeh would be laid in state tomorrow morning at the Accra International Conference Centre (AICC) head of his burial service.

Joshua Kyeremeh served as the National Security Coordinator of Ghana from 2017 to January 2021, when he passed on.

A burial service will be held at the forecourt of the State House.

He is expected to be buried at the military cemetery in Accra.

Kjoe joined the NIB in 1987. However, in 1988 he was promoted to the position of Deputy Commander of Operations Unit at the BNI Headquarters, Accra.

In 1991, he was transferred to the Northern Regional BNI Head Office, Tamale as the Deputy Regional Commander.

In 1998, he was transferred to Ashanti Region as Second in Commander (2IC), and subsequently, to the Upper East as Regional Commander in 2001.

From 2005 to 2009, he served as Head of Investigations Unit, BNI, Deputy – Director, and ultimately as Director, BNI.

He is survived by a wife and three children.