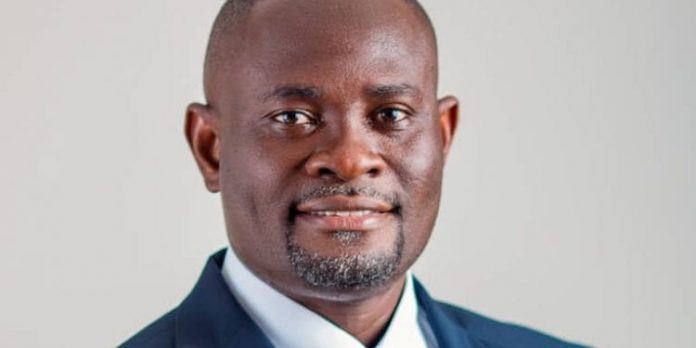 My attention has been drawn to an article circulating on various media platforms purportedly authored by Young Patriots; a group founded and led by Hon. Lawyer John Ampontuah Kumah, MP for Ejisu Constituency, attributing the current chaos and instability associated with the polling station elections in the Ejisu Constituency to persons Mr Agyemang-Budu, the MD for ECG and the MCE for Ejisu Mr S.O Frimpong.

The piece sought to attack the personalities of the MD for ECG and the MCE for Ejisu and was stuffed with numerous unfounded claims and absolute fabrications coined together to lure disaffection and hatred in Ejisu Municipality for MD Agyemang-Budu and the MCE S.O Frimpong.

Ordinarily, this write-up having raised no substantive assertions worthy of attention except for its sly insinuations and diabolic against the industrious and hardworking senior party members, deserves completely no dignified rebuttal whatsoever.

However, as a resident in the municipality, a party member and an ardent observer to the current happenings surrounding the pseudo elections which have generated the unnecessary brouhaha in the constituency, I feel compelled to expose the mischievous conduct by the group purported to have authored the article in circulation and set the records straight to inform the general public with the factual rendition of all the issues regarding this matter.

For this subject, I’ll limit myself to the substantive issue and resist the attempt to outline the numerous achievements and enviable records chalked by Mr Agyemang-Budu and Hon. S.O Frimpong upon their appointment into their respective high offices by H.E Nana Akufo-Addo.

That said, I want to zoom in to directly respond to the propagandas and mischief the author(s) sought to advocate with regards to the chaos. First of all, the genesis of this confusion stems from the attempt by individuals known to be fanatics and die-hards of the current MP, Lawyer John Ampontuah Kumah and are members of the so-called Young Patriots to hijack the polling stations elections, and appoint persons whom they feel will support the second term bid of the Deputy Finance Minister.

For the avoidance of doubt, I want to state categorically that the MP for the constituency, Hon. Lawyer John Ampontuah Kumah singlehandedly machinated the suspension of the constituency Elections and Research Officer and appointed his aide to serve in that capacity to champion his interest in the polling stations election process.

The MP has mysteriously found an avenue to interfere with the polling stations elections by recruiting individuals known in the constituency as his ‘staff’ on the elections committee, and these individuals have gone on to conduct a shambolic election which is marred with absolute indecency and asymmetry.

Anyone who wants to ascertain the veracity of this submission can contact any security officer in the municipality for confirmation.

I want to put it on record that, individuals who are infuriated and are organizing a series of demonstrations on the streets of Ejisu are party members who feel they’ve been robbed of their prerogative right by purchasing the nomination forms without getting the opportunity to contest at their respective polling stations. The chaos and confusion on the streets have got nothing to do with the MCE or the MD for ECG.

The so-called Young Patriots and their leader, Hon. John Ampontuah Kumah must be blamed for all the chaos and tension in the constituency by conducting the polling stations executives’ elections at wee hours without the sanction of any elections committee or constituency executive.

It is worth emphasizing that Mr Agyemang-Budu has not on any occasion conducted himself in the constituency in a manner, either by his utterances or actions to portray that he has an interest in contesting the seat as a Member of Parliament for Ejisu.

It is very disappointing, to say the least, to read such a publication from a group whose founder and leader, Hon. Lawyer John Ampontuah Kumah has enjoyed the benevolence and generosity of the Managing Director of ECG in the not too distant past.

The MP, Hon. Lawyer John Ampontuah Kumah has on record commended Mr Agyemang-Budu highly for his timely support during the building of the ultramodern party office, and enthusiastically pronounced that if not for the contribution made by the MD for ECG, the party office wouldn’t have been completed on time.

I would want to reiterate that the article from the so-called Young Patriots, unable to raise any substantive argument can only be driven by a dubious attempt to cast aspersions on the high earned reputation of Mr Agyemang-Budu, the MD for ECG. And even with this attempt to cast a slur on the personality of the MD, it was poorly and weakly executed.

Intelligence gathered within the constituency suggests that the MP, Hon. Lawyer John Ampontuah Kumah has attempted severally to impose his will and interests on the MCE, Hon. S.O Frimpong and has failed woefully hence his ploy to cry foul and incite his followers to malign these two respected personalities with uncorrelated stories and mere fabrications.

I am confident the MD for ECG, Mr Agyemang-Budu and the MCE for Ejisu, Hon. S.O Frimpong shall not be moved by these amateurish tactics and distractions. I pray they remain resolute in their respective portfolios and work hard to positively influence lives in the constituency, the party and the country at large.