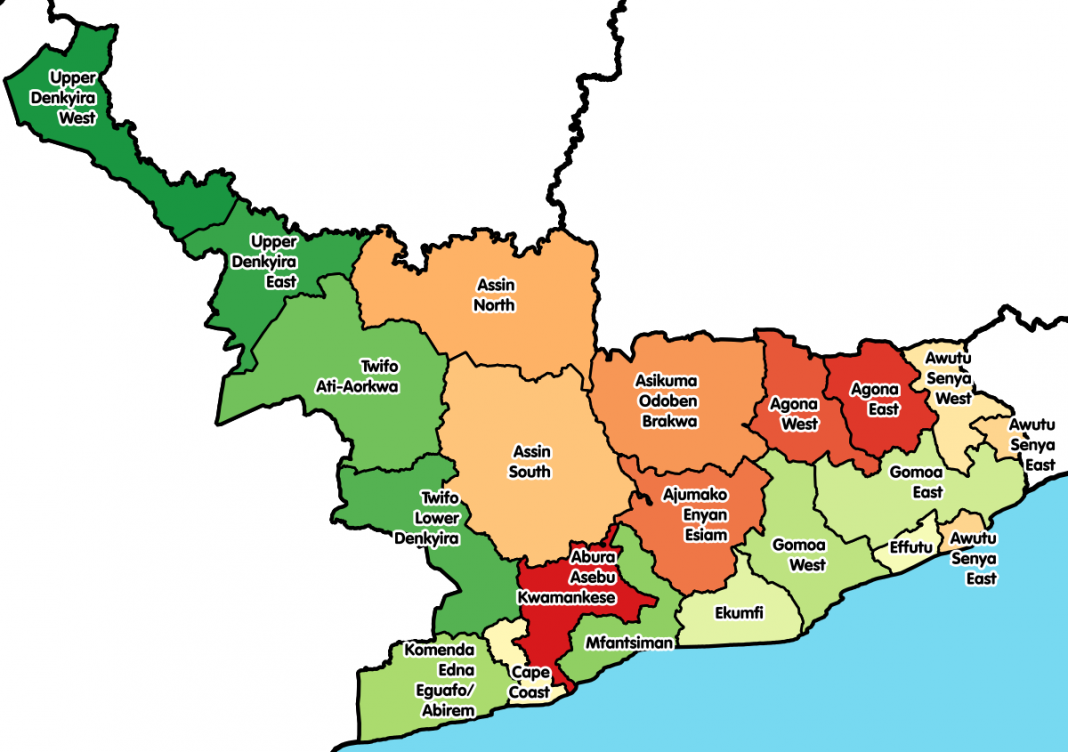 Agona Nyakrom were originally Asante-Nsuta migrants who moved from the pre-Asante State to the Mfantse land. Currently, they are assimilated Akan Mfantse group having been members of the Mfantse confederation. They speak both Mfantse and Agona-Twi, which is a combination of Mfantse and Twi languages. They form part of the Agona West Municipal District of the Central Region of Ghana.

The people of Agona Nyakrom were members of Nsuta-Kwaman in the pre-Asante Kingdom. Their oral tradition asserts that they left their abode Nsuta-Kwaman in the 1660s when their leader, Nana Nyarko Eku lost his chieftaincy bid to Nana Obiri Yeboa after the death of Nana Oti Akenteng, the first Kumasehene/Kwamanghene. There was bickering after Obiri Yeboa ascended the Kwamang stool, so Nyarko Eku and his supporters moved from the town to settle briefly at Kontanse, near Lake Bosomtwe in the Ashanti Region.

Whilst at Kontanse, Nyarku Eku, and his group were suddenly attacked by King Obiri Yeboa for they suspected Nyarku Eku may mobilise forces to attack Kumase. This attack at Kontanse put Nyarku Eku’s people in total disarray. In the end, a faction of the group took a northward trajectory and ended up in the present-day Worawora whilst the one led by Nana Otwerefo Tim also took an eastward trajectory and climbed the Kwahu Scarp to land at Kwahu Atibie in the Eastern Region. Nana Nyarku then led the third group and moved southwards. It is said that Nyarku Eku and his group briefly stopped at Okumanin near Kade in Eastern Region. They lived there for some time before heading towards the Mfantse land by settling first at Agona Nkum, which was beyond the grasp of the Kwaman State.

From Nkum, Nyarku Eku moved his people further to found his new town, Nyakrom which is the hypocoristic version of Nyarko kurom “Nyarko’s town.” Here, Nana Nyarko Eku established the powerful Kingdom of Agona after his hunters and scouts found a hidden river in the thick forest, which is now close to the present-day Otsinkorang lorry station. This river came to be known as River Akora, i.e., nsu na akora no ho. King Nyarko Eku fought and expanded his Kingdom to cover Odupon-Kpehe (now Kasoa) and Nyanyano on the Eastern front and shared a common boundary with Ga people close to mile eleven; on the south, he conquered Senya Breku, Winneba and Apam. This made his Kingdom share another common boundary with Ajumako at Okyeso “Okye River” on the West and with Breman Asikuma and Akyem State on the North.

This position Agona State as a powerful southern State that engaged in trade with the  Europeans. The conquering of Winneba, Senya Bereku and Apam enabled Nyarko Eku free access to the coast and control of trade in the interior. They became middlemen who broker trade deals between the African states from the hinterland and the Europeans on the coast. Unfortunately, Nyarko Eku grown arrogant and started raiding other states to capture captives and sell them into slavery.  This caused Chief Amanfo Edu of Mankessim and Kwaw Ahunako of Ebiram to marshal forces to attack Agona State in what became known as Sasabor War of 1669.  The Akwamu, who were then ruling the Hilly Guans also offered support. In this war, Nyarku Eku was defeated, captured and decapitated at Nsawam Hill. Later Agona State fell into the hands of Akwamu until they were defeated in the 1730 Battle of Nsakye.

After founding Nyakrom, King Nyarku Eku divided it into three clan groups. The first group comprised of people from Oyoko clan, who he welcomed as kinsmen and settle them at Abora quarters. Thus, all the people in the vicinity of Abora are Oyoko people, they include the Omanhene’s royal family, Odumkojoase, Bafoo Asamoa, and Odofo Abiam Oyoko families. The second wave of the Oyoko from the Asante Kingdom was settled at Asatwia quarters. The area includes Odumasi, Guaben, Aboso, Nteduase and Apaa. The third group who were aboriginals and migrants who are of non-pre-Asante nor Oyoko clan origins were settled at Anana or Anana-ben quarters. Lastly, all other families who were originated neither from the Asante nor from Oyoko clan were settled at Nana or Ananaben for they were considered as strangers. The Oyoko clan’s men enjoyed higher offices of State, for instance, Gyata of Oyoko clan was the King’s Banmuhene, Nana Kwakye Dopoa, an Oyoko man and uncle of King Nyarko Eku settled at Oguaa Street in Asatwia, when he arrived very later from Asankare.

Nyakrom like all the interior Mfantse States celebrate Akwanbo “the clearing of path” festival.  During this period, routes or paths were used as severance routes to escape and to trace enemies during wartime are weeded.