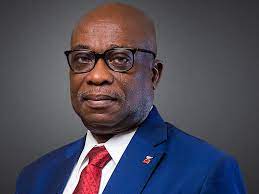 The Governing Board of the Ghana Revenue Authority (GRA), is set to meet today to decide the fate of its top management members.

Below are names of top management members:

He is 60 years and critics say he should go on retirement but DAYBREAK sources say his ‘godfather’ and Minister for Finance, Ken Ofori-Atta has instructed the Board to give him a two year contract.

Calls from both within the GRA, corridors of power and notable names within the governing party, keep rising for him to leave office when his time is due although there is a small fraction of persons who have their personal interests to protect and therefore are lobbying to have him retained on contract.

Colonel Kwadwo Damoah (Rtd), is currently the Commissioner of the Customs Division of the GRA. He was appointed acting Commissioner on 30th May, 2019 and subsequently confirmed on 19th May, 2020.

His contract comes to an end this month and the Finance Minister is alleged to have said, he cannot work with him and so has already forwarded a different name, one Seidu Iddrisu Iddrisah, to the Council of State for confirmation.

Strangely, some national executives of the governing New Patriotic Party (NPP) and its grassroots members, support the old soldier.

Prior to his appointment as Commissioner, Col. Damoah had been a Board Member of the Ghana Revenue Authority from May 2017. He was appointed the Technical Advisor to the Commissioner-General from October 2017 to June 2019.

Her appointment from the Office of the President read as follows: “Pursuant to Article 195 (1) of the constitution, and in accordance with Section 16 (1) of the Ghana Revenue Authority Act, 2009 (Act 791), I am pleased to inform you that the President has appointed you to act as the Commissioner (Support Services Division) of the Ghana Revenue Authority (the Authority), pending receipt of the constitutionally required advice of the governing board of the Authority, given in consultation with the Public Services Commission”.

Edward Gyambrah is the Officer-in-charge of Domestic Tax Revenue Division of the Ghana Revenue Authority.

Thanks to him, the monthly and cumulative negative deviations under Ammishaddai Owusu-Amoah became a thing of the past.

It took the expertise, knowledge, professional experience, managerial acumen and sacrifices of Mr. Gyambrah and his Domestic Tax Revenue Division team, to turn things around in 2020 when he was appointed the Officer-in-Charge (not Commissioner) of the DTRD.

Mr. Gyambrah is comparable to the late Mr. Kwasi Asante Gyimah in terms of academic, and professional qualifications and above all, experiences and expertise in tax administration as he started his career with the erstwhile Internal Revenue Service.

Gyambrah has not been appointed as a substantive Commissioner yet but DAYBREAK is reliably informed that the Governing Board has instructed the Commissioner-General to fast-track the process.