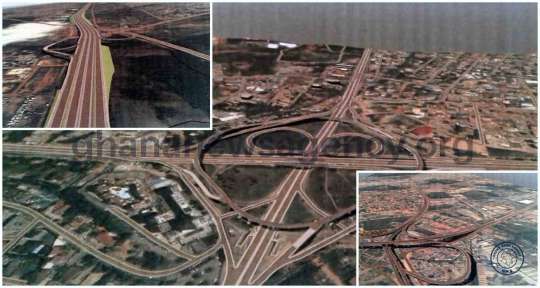 Mr Isaac Oware-Aboagye, the Public-Private Partnership Coordinator at the Ministry of Finance, has said a study conducted in 2016 indicated that Government needed 7.3 billion dollars to improve infrastructure deficit in the country.

Therefore, he said, Public-Private Partnership (PPP) arrangement had become necessary so that Government would leverage on the private sector to support the implementation of projects.

Currently, he said, the Government did not have financial resources to undertake infrastructural development due to other pressing national needs.

Mr Oware-Aboagye made this known at the Ghana Public Private Partnership Upgrading of the Accra-Tema Motorway Initial Market Sounding, in Accra.

The progamme aimed at appraising the interest of the private sector in partnering with the Government to undertake the proposed project.

The event brought together project financiers, investor analysts, construction consultants, civil engineers, legal practitioners, officials from the Ghana Highways Authority, the Ministry of Roads and Highways, the Ministry of Finance and the Ghana Infrastructure Investment Fund.

Highlighting the Accra-Tema Motorway Project (ATMP), Mr Oware-Aboagye said, there would be the extension of the Tema Roundabout towards Afrenya, Tetteh Quarshie Interchange through Apenkwa to Achimota and Nsawam.

He said the total stretch of the ATMP extension would cover about 62 kilometres with a six carriageway.

He said the ATMP was vital because it carried high volumes of international traffic due to its location along the Trans-West African Coastal Highway.

He said the road carried traffic to and from neighbouring Togo, and Cote d’’Ívoire as well as north bound traffic to landlocked countries– Burkina Faso, Mali and Niger.

Mr Oware-Aboagye noted that the road would contribute immensely to the economies of the Economic Community of West Africa States (ECOWAS), by improving the share of intra-regional trade.

Mr Victor Owusu, the Chief Executive Officer of the Ghana Highway Authority, said the ATMP, which was constructed in 1964 had chalked an estimated 500 million axles, with more than 100 million trucks having plied the route.

He said the upgrading of the road would enhance free flow of vehicular traffic from Tema to Accra and boost the economic fortunes of the country.

Mr Owusu said, over the years, a number of investors had expressed interest in constructing the road, therefore, the Market Sounding Programme had opened the way for interested investors to come forward with their proposals.

However, he said, government would adopt international best practices in the upgrading of the road to ensure value for money.

The World Bank is supporting the implementation of PPP projects in Ghana.

The purpose of the PPP arrangement is to provide clear and consistent guidance for all aspects of the PPP project development and implementation, including project identification, project preparation, procurement processes, evaluation and selection and contracting with a successful private partner.

The Policy would ensure compliance and safeguards at the work place, risk sharing and allocation, affordability and sustainability.

Under PPP arrangement, there would be transparency and fairness, while relevant procurement procedures would be followed.

The PPP policy would enable the Government to leverage on the private sector financial resources for infrastructural development.

The PPP programme would have the Project Development Facility, which would enable the funding agencies to have access to funds and the Viability of the Project, which requires job creation and open-up of the country to the international community.