Home Uncategorized GOIL, Hills Oil Not Of Part Of Strike-NPA 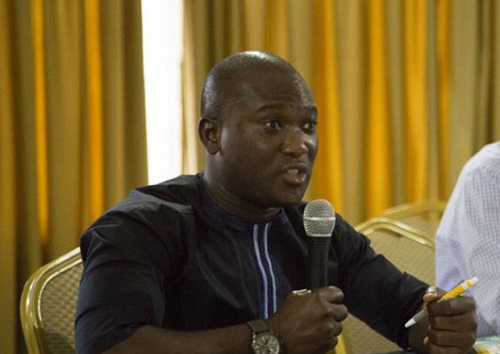 Information reaching DAYBREAK indicates that the threat that is coming from the Ghana Liquefied Petroleum Gas Operators Association (GLIPGOA) may not be potent, after all.

Additionally, fears that such a strike by GLIPGOA may cause acute shortage of gas that would hinder domestic and economic activities is unfounded.

According to release from the National Petroleum Authority, major players like GOIL, Hils Oil etc are not part of any intended strike and on account of the weight of influence from the dissenting players, impact may just be minimal.

Please find below a release from NPA to the media and the general public, for that matter.

Further to a statement by Government last Friday on the declared nationwide strike by Ghana Liquefied Petroleum Gas Operators Association (GLIPGOA), the National Petroleum Authority (NPA) wishes to inform members of the public on the following:

LPGMCs are not part of the strike. They are still committee members of the Implementation Committee.

LPG Tanker Drivers Union are also not part of the strike and therefore standing in readiness to load all orders placed by LPGMCs.

All GOIL LPG stations across the country are not part of the strike.

All Hills Oil (market leader) LPG stations across the country are also not part of the strike.

Consumers must note that the government will prioritize their health, safety and security over any and all considerations and accordingly they are to bear with the situation and look out for the stations that are still in operations. In solidarity with the policy.

Torgbui Adaku and his group have made this strike a war between their safety and their profit and we find it easier to err on the side of safety and security.

Ghanaians are encouraged to consider resorting to other substitutes to LPG in the meantime pending the full implementation of the CRM. Electricity tariffs have been reduced by government and that should create an incentive to switch to electricity.

In the meantime, the public will be informed of areas where they can locate stations that stand in solidarity with their health, safety and security and continue to provide their services.

Much as we are not going to interfere with the strike action, we want to serve notice that members of GLIGPOA should resist the temptation to stop those who have seen the blackmail and therefore not supportive of the strike from carrying on their legitimate business. The security agencies will deal ruthlessly with such groups and individuals who try to stop others.