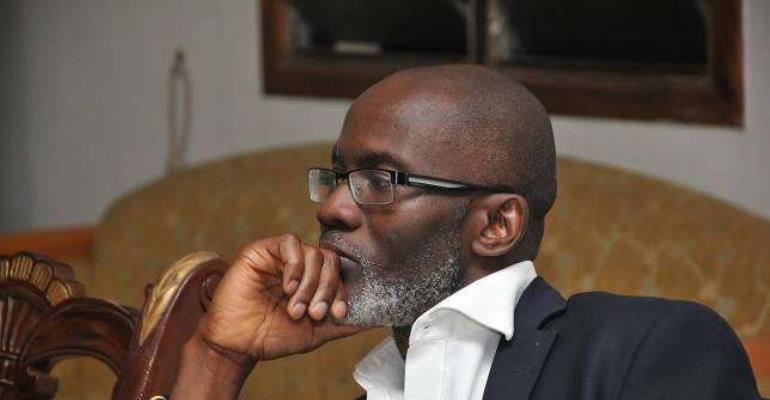 In fact, Gabby does not hold any official position in government aside being a family relation with the ‘First Family’ and a convincingly number of big wigs in the Nana Addo-led government for that matter.

Yet Gabby seems to have become a thorn in the flesh of several persons since the NPP’s victory.

He is seen as a super influential person who would not come at you directly but operates in his characteristic smart-camouflage-strategy of unleashing the powers that be at his perceived non-friends, mostly private business owners not in his good books for obvious reasons; business owners who would not kowtow to his whims and caprices and private companies speculated to belong to members of the National Democratic Congress (NDC).

As expected, Gabby has consistently denied victimizing anyone but he has forgotten he does not operate alone and his choir members are singing like cannery birds, with many showing clear signs of not being happy but not wanting to incur his wrath.

Mention Ameri and Gabby’s name would not be omitted in the discussion. Mention the revenue brouhaha at the Tema Ports and you are sure to hear the name of Gabby. Mention importers and clearing agents in one trouble or another and Gabby’s name is in there. Mention some political rivalry over Ghana National Single Window and Gabby has his name in there as well. Mention the (in) famous Eurobond saga and Gabby has his name in there. Gabby here, Gabby there, Gabby everywhere!

Yet he is not a member of government. Does it even make any difference anymore?

Day-in-day out, the name ‘Gabby Asare Otchere Darko’ keeps coming up in any discussion on private companies being harassed or intimidated for not too clear reasons and of course in as much as he believes his camouflage would hide his identity, Ghana is too small a country to hide.

DAYBREAK has closely followed talks in high places concerning which companies are doing well but are not in the good books of ‘certain’ big toes because they are perceived to be secretly giving money to persons in other political parties; persons with ambitions of contesting the 2020 polls.

The reports going round are very worrying and deserve the attention and investigation of the President himself, Nana Akufo-Addo.

As for victimizing private companies on the bases of speculations that they belong to political opponents, this NPP government in particular, should be the very last group of persons to engage in such silly acts.

The persons in government now, particularly, the Finance Minister, Ken Ofori Atta, has experienced the worst of such silly victimizations when he was a private banker and we believe he can best tell his story and call his family member, Gabby Asare Otchere Darko to exercise some restraint and not judge wrongly and make innocent persons suffer what they do not deserve because as Steve Jobs once said “ you can’t connect the dots looking forward; you can only connect them looking backwards. So you have to trust that the dots will somehow connect in your future.”

And the mention of Ken Ofori Atta brings to mind the sad passing on of his brother, Michael Ofori-Atta.

Etwienana Michale Nana Yaw Amoako-Atta Ofori-Atta was a good man with a kind heart. His passing on brings grief to all who knew him or had an encounter with him even if it was just once. We express our sincerest condolence to the Ofori-Atta family and pray the good Lord finds Michael a good resting place.

His passing on, sad as it is, should remind us all that we are mere mortals in the hands of our maker and we shall all be called someday to give accounts of our stewardship on earth.