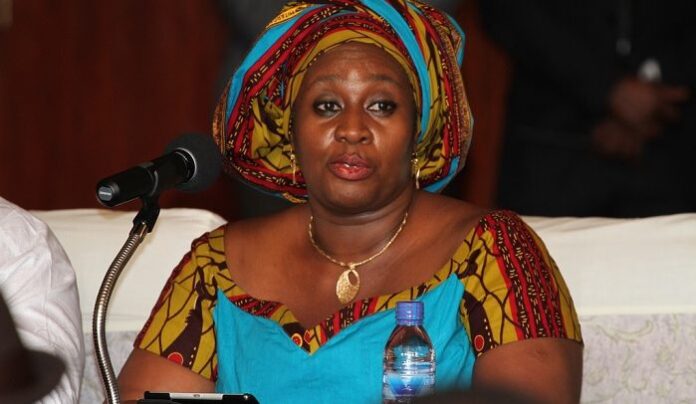 The office of the Attorney General has filed a fresh application for forfeiture on the sureties of former Chief Executive Officer of Microfinance and Small Loans Centre (MASLOC), Sedinam Attionu Tamakloe, who is standing trial for causing over GH¢93 million financial loss to the state.

The application is seeking to hold the sureties – Alex Mould and one Gavivina Tamakloe, who executed the accused person’s bail bond when she first appeared before the court, responsible for her continuous absence from the trial since October last year.

The court could, however, not hear the application, as the prosecution, led by Stella Ohene Appiah, a Principal State Attorney, indicated that they were unable to serve the sureties with the application.

The presiding judge, Justice Afia Serwaa Asare Botwe, subsequently adjourned the matter to May 9, 2022, by which time the sureties would have been served.

Another application seeking leave to hold the trial of the John Mahama appointee in her absence has been put on hold, pending the determination of the bond forfeiture application.

The applications were filed by the prosecution as a result of the failure of the former MASLOC boss to return from the United States of America for the continuation of the trial, after the court had granted her permission to travel.

Ms. Tamakloe and a former Operations Manager of MASLOC, Daniel Axim, are standing trial for causing financial loss to the state.

They are facing 78 counts of charges including conspiracy to steal, stealing, and unauthorised commitment, among others.

The two accused persons allegedly stole a total amount of GH¢3,198,280 whilst at MASLOC, and willfully caused a GH¢1,973,780 financial loss to the state.

Again, Ms. Attionu and her accomplice, while in charge of MASLOC, allegedly made unauthorised commitments resulting in financial obligations for the government to the tune of GH¢61,735,832.50.

Last year, the court, presided over by Justice Afia Serwaa Asare-Botwe, had granted Ms. Attionu leave to travel to the US, and was expected to return to court on October 6, 2021, but failed to do so, compelling the judge to issue a warrant for her arrest, and subsequently adjourned the matter to November 16, 2021.

The accused person still failed to return to the country, and the case was once again adjourned to January 10, 2021, with the hope that she would have returned by that date.

She has still not returned, thereby, holding the trial in abeyance.