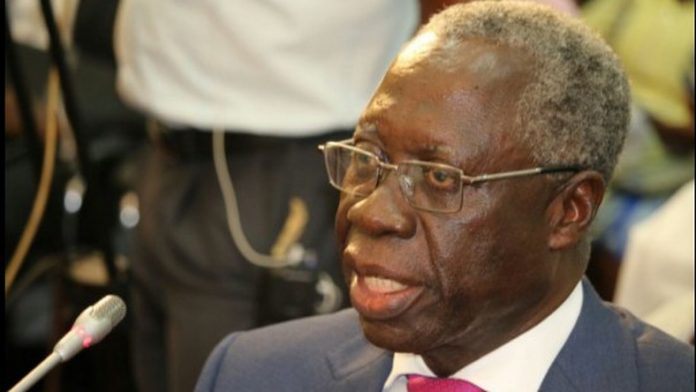 Every man has a flaw, no matter how superhuman he may be and this is a very normal aspect of humans. What is abnormal, or evil, in blunt diction, is for supposed friends to take advantage of one’s leniency or flaws and exploit it for selfish gains and personal interests.

That is the situation we find our President, Nana Akufo-Addo and some of the ‘good old’ friends he has appointed into positions of influence: some of them are simply taking undue advantage of the confidence he has reposed in them because they are aware that due to their long years of friendship with him, some mutual loyalty has been developed and they are exploiting the fact that the President’s flaw is being loyal to a fault.

We at The New Publisher, dare say, without fear or favour, that Senior Minister Yaw Osafo-Maafo has let the President down with the type of advice he continues to give over this entire Ghana Link/UNIPASS-ICUMS Single Window contract that has become an albatross on the neck of government.

Yaw Osafo-Maafo has not only let down his long-term friend, Akufo-Addo, but he has also let this government down big time and has let his party, the New Patriotic Party (NPP) down. It is a disappointment that has negative repercussions for his party’s otherwise bright chances at the upcoming general elections.

But in the worst-case scenario, Osafo-Maafo would not be the biggest casualty. His face is not on the ballot sheet. He is 78 years. His face is unlikely to be on any ballot sheet until… Anyway…

There has been an ever-increasing utter confusion at the ports since he, Yaw Osafo-Maafo, instructed West Blue and GCNet to take a bow and allow Ghana Link/UNIPASS-ICUMS to take center-stage in the trade facilitation and single window operations.

His name has been on many tongues as the chief cause of the ongoing revenue loss and disruption in trade facilitation and many forefingers, wagging to and fro with bitter complaints are all pointing accusations in his direction.

Yaw Osafo-Maafo is the one who has been spearheading the Ghana Link/UNIPASS-ICUMS on the corridors of power. His word is law and Custom officers have to bow to his dictates or bow out.

He is the one who has the President’s ears and trust and because he fully knows that favour, he has exploited it to the brim.

But here we are: the situation on the ground, the confusion at the ports, the evidence of revenue loss, the evidence of a disruption in trade facilitation, a disruption in the enviable paperless ports system and the several other self-created problems all prove the fact that Yaw Osafo-Maafo has been wrong in the type of advice he has given Nana Akufo-Addo over this Ghana Link/UNIPASS-ICUMS deal.

The controversy, the agitation, the roll back of the gains are all avoidable, but for the insistence of the Senior Minister that Ghana Link/UNIPASS-ICUMS is ready to roll out.

He has such a history of having his name in one controversy or the other when he served under former President Kufuor as a Minister. Controversies that added to the perceptions of corruption which became valuable political currency for the then opposition to kick out the NPP.

Would his actions cause same defeat under a Nana Addo government too?