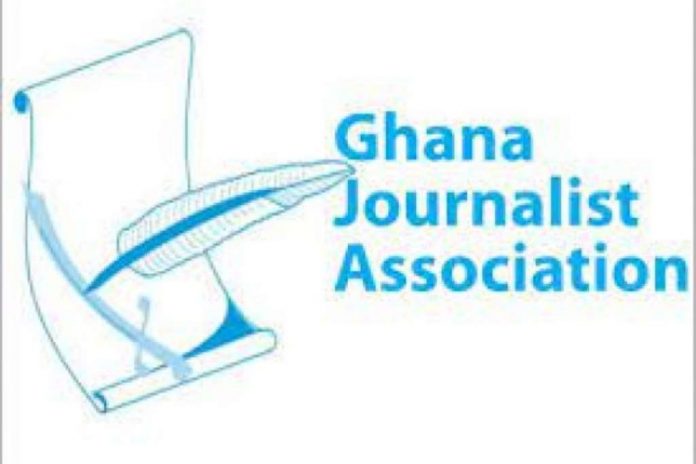 Host of Kumasi-based Oyerepa television morning show programme Bismark Brown, has intensified his campaign to get an upright and independent minded individual elected as President of the Ghana Journalist Association (GJA).

The former ETV and Atinka TV presenter, for some time now has been calling on members of the Association to elect a President they can trust, one that will not compromise his integrity for selfish interest.

The GJA, in the yet to be announced date, will be heading to the polls to elect new executives to replace the Rowland Affail Monney-led administration.

Mr. Monney having served the expected two terms, will be making way for a new President and his team of executives. In fact, his administration’s tenure expired in November 2020.

At close of nomination on May 04, 2021, three aspirants filed to compete for the singular seat, to steer the affairs of the irk fraternity for a renewable four year term.

But even though Mr. Brown has refrained from mentioning name(s) of who he thinks may not pass the integrity test when the need arises as far as the contest is concerned, he has been on his show waging serious campaign to get the best for the Association.

Last week for instance, Mr Brown told viewers of Oyerepa television morning show programme that there are people in the race who since becoming a media practitioner, has been engaging in “ways and means” to stay relevant.

This week, the former Atinka television morning show host is back continuing his crusade, charging members of the Association to look sharp and fish out aspirants with dented image by voting massively against them.

Mr Brown asked voters to do the needful by staying vigilant and ask the relevant and important questions before casting their votes.

Delving into some of the topical issues in the morning’s newspaper headlines on Monday July 26, 2021, Mr Brown gave barrage of clues and said there are people in the amongst the three candidates will fall short if analyzed properly.

He charged the Association members to analysis he Bismark his submission and ensure that people who were put in a position of trust and leadership but failed woefully because they played games with people he was supposed to demand accountability from.

Journalists he said, must ensure that aspirant(s) who conspired with politicians to get rid of journalists should not be made a GJA president.

He said a candidate who will be seeking to lead the noble profession because of his personal parochial agenda should not be allowed near the presidency of the Association.

He added “The qualities I have outlined, note them down there are some who fit this description put them to test. Those who have managed media houses before and today, want to be GJA president. Ask them how they protected journalists. Examples are there”!

As usual, the race for next executive especially the presidential position is heating up just like the others in the past.

It becomes even more interesting because of the recent attacks, threats and intimidation against practitioners especially by politicians.

One of the critical issues journalists will be looking out for is a President who will put the interests and safety of practitioners above everything.