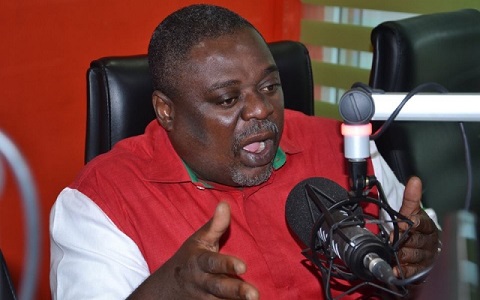 Prior to the elections, many had criticised the decision by Mr Anyidoho to contest his boss but he held his ground, promising to surprise his critics with a resounding victory. But that never happened.

Reacting for the first time to what some have called a political suicide, Mr Anyidoho said, contrary to those assertions, he knew what he was doing from the start.

“It was not a reckless decision. It was a well-calculated decision so if you ask me, I have no regrets at all,” he defended on nightly current affairs programme, PM Express on MultiTV, on Wednesday.

Again after his defeat in November last year, some NDC bigwigs like the Greater Accra Regional Chairman of the party, Ade Coker, suggested that the result of the election was a great lesson in humility.

“You see it is like father and son…somebody that you have worked with closely and you go and you want to contest that person. It’s never the best…Every aspect of life there is that lesson,” he said.

But Mr Anyidoho justified his move on PM Express citing examples in Ghana’s politics of defeated candidates who have returned — sometimes after many tries — to clinch a victory eventually.

He said in conformity with the party’s rules, he went through the processes to contest, “elections were run, the delegates voted, the EC [Electoral Commission] declared results. In the supreme interest of the party, you accept the declared results and you move on. So nothing suicidal.”