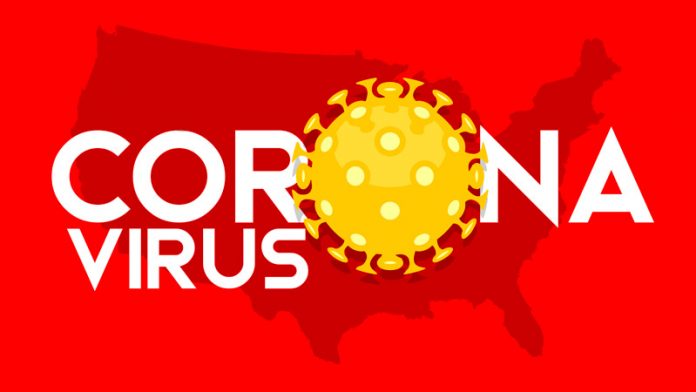 As COVID-19 cases increase around the world with some of the hardest-hit nations working towards graduated ease on lockdown restrictions, many are beginning to ask critical questions regarding the origin of the virus and most importantly whether the Chinese government approached the onset of this pandemic in a responsible manner.

These are legitimate concerns and many more people who have such thoughts must be encouraged to continue to ponder and work towards getting answers.

Inherent in the quest to understand the genesis of this pandemic and how it has been managed from day one is the solution to future outbreaks and how seriously governments ought to take them in order to prevent or avoid the self-inflicted catastrophe the world is experiencing today.

Today, the internet is awash with conspiracy theories seeking to pitch citizens against governments and to lay the blame of which country is responsible for the origin of the virus at each other’s door step. Accusations and counter accusations are being traded among nations and regional blocks like the European Union (EU).

While the US accuses China of deliberately creating the pandemic by withholding vital information from the world, China is accusing the US of doing very little in response to the outbreak.

In April the EU directly accused the Chinese government of spreading misinformation about the crisis.

All these and many more instances places an enormous imminence on understanding the trajectory of global response and most importantly the response of the Chinese government in the early days of this outbreak. Failure to crack this code will spell doom for the future as we are being warned already of another outbreak in the future which could be more devastating than COVID-19.

Could the world have avoided the scary statistics starring us in our faces anytime we switch to the news? Could the spread of the virus be controlled than we have done so far?

The answer is in the recent history of events as the disease unfolded in Wuhan- China.

We know that this virus officially began spreading in Wuhan in mid-December of 2019 but many experts have over the period said, they have reason to believe that, the outbreak of the disease and its severity were belatedly made public at a time when the Chinese government realized it was beyond their control, by which time the virus had spread through many homes, shops and public places in Wuhan.

Indeed, the WHO had a tough time gaining access to vital information in the early days of the outbreak from the Chinese government to enable the organization understand and appreciate the nature of the virus and the rate of infection so it could be in a better position to advice and develop protocols for countries that had not yet recorded any cases.

Belatedly by 31 December 2019, the Chinese government found it necessary to report to the WHO obviously at a time when they knew it had gotten out of hand and most crucially because a doctor, Li Wenliang from Wuhan had blown the whistle on the severity of the outbreak and there was therefore nothing to hide any longer.

Dr. Li was arrested for “making false comments on the internet”. Were his comments on about the outbreak and the virus really false?

The extent of the spread and devastating nature of the virus speaks to that adequately. DR. Li later died of COVID-19.

Countries with citizens in China began mass evacuations after this announcement and it was at a time evacuation protocols had not been developed for countries to follow because the world knew nothing about the virus beyond its name and its symptoms at the time.

The incubation period of the virus was not clearly known at this time because China was not sharing details and so countries failed to quarantine their evacuated citizens once they got back home, in the midst of the fear and confusion, all kinds of preventive and precautionary measures were being preached and the effectiveness of same could not be vouched for.

It was at this time the Chinese government opened up to WHO for the first time since they discovered the outbreak. Why was the Chinese government keeping such vital information close to the chest when many countries stood the high risk of contracting it as we have seen today? Was it a deliberate attempt to hide China’s weaknesses in its public health management protocols? Or it was more about keeping up appearances as ‘a super power’ who wants to be seen as being in charge and having everything under control when in fact, it was hurting within?

The world knows as of now that, in late January  the Mayor of Wuhan Zhou Xian Wang while wearing a nose mask for protection told the Chinese state broadcaster CCTV “We haven’t disclosed information in a timely manner and also did not use effective information to improve our work.”

He said he would resign if it helped with public opinion but pointed out the local government was obliged to seek permission before fully disclosing information about the virus.

The BBC on 9 May 2020 reported that a Chinese official Li Bin, Director of China’s National Health Commission told Chinese media, the coronavirus pandemic “is a big test that has exposed weaknesses in China’s public health system”.

One can understand why China, perceived as one of the world’s most powerful nations would want to conceal its weaknesses in certain sectors and pretend to have everything under control when in fact it is not the case.

It is however; highly unacceptable for any nation to place the political capital it will gain from geopolitics ahead of the health and safety of her own citizens and that of the world in general. That is irresponsible and the results of that approach in handling this global health crisis are evident before our very eyes.

The world would not have reached this stage if a more responsible, sensitive and non-political lenses had been put on this crisis.

It does appear that, China did not care much about its own citizens and the rest of the world beyond its political ego. The thought of how China would appear to the world and its global competitors as having lost control of this virus clearly overshadowed the duty of care inherently bestowed on any nation to mankind- and that is very unfortunate.

Agreeably, disease outbreaks do occur naturally, but the spread of the coronavirus pandemic was preventable. At least by early December 2019 or suspiciously before that, the Chinese communist party knew it had a dangerous virus on the loose but rather chose to conceal it.

The Chinese government was aware of human-to-human transmission of the virus but chose to keep it under wraps and left doctors, nurses and other health professionals to believe otherwise and we saw how doctors including the whistleblower doctor Li died after contracting the virus after treating one of his eye patients who had the virus.

Many health professionals in China died needlessly because they had been under the impression from the Chinese government that there was no human-to-human transmission.

The communication of these details by the Chinese communist party albeit late in the day, has led to the development of all the protocols saving the world today i.e. social distancing, wearing of nose masks, quarantine, lockdown restrictions and many more. If the Chinese government had opened up much earlier and demonstrated transparency from the beginning, these protocols would have abated the spread than we have recorded today.

Today China wants the world and its inhabitants to believe that it cares about them. China is donating medical supplies, sending doctors to worst affected countries all in a bid to clean its sullied image of being irresponsible and plunging the world into a global health and economic mess.

China is working hard not to lose its baby foundations in Africa by pouring in tons of donations. If China cared this much about Africa, it would have shared their discovery and challenges with African governments knowing their public health and economic management vulnerabilities in order to aid their readiness. The Chinese economy today is fueled by natural resources from Africa as well as massive importation of cheap Chinese products into Africa by importers.

What was the level of the Chinese government’s concern for Africa at the time they were busy working hard to conceal the outbreak?

As much as Africa and Ghana have recorded low cases and deaths, it still stands that economically, we will suffer the brunt of this health crises than the West and China itself.

Considering the tight corner in-to which China has pushed Africa by its indiscretion, China owes Africa more than the PPE’s it is dumping on the continent in the name of fellow-feeling. China should be offering more to assist countries fight and bounce back than it is doing.

Interestingly, even before other nations could understand the dynamics of this disease and offer a befitting response, China lifted its lockdown restrictions claiming it has the virus under control and claims to have virtually zero infections until recently when reported cases are being recorded again. And guess what- Africans are being targeted and blamed by Chinese authorities leading to the maltreatment being meted out on Africans living in China.

What has China done so right that, the rest of the world does not know?

Today, Chinese factories are back and working on full scale, China is busy doing business while the rest of the world is occupied with fighting a virus they failed to manage well.

I guess the ego of the Chinese Communist party has been boosted because they appear to have ‘won’ against the rest of the world and claiming to be global leaders.

But this only goes to show how weak and parochial the Chinese communist party approaches global leadership.

The Chinese government cannot be absolved from blame.

Was Any Big Fish Sleeping With ‘Poison’ Aisha Or She Was Simply Paying Big?