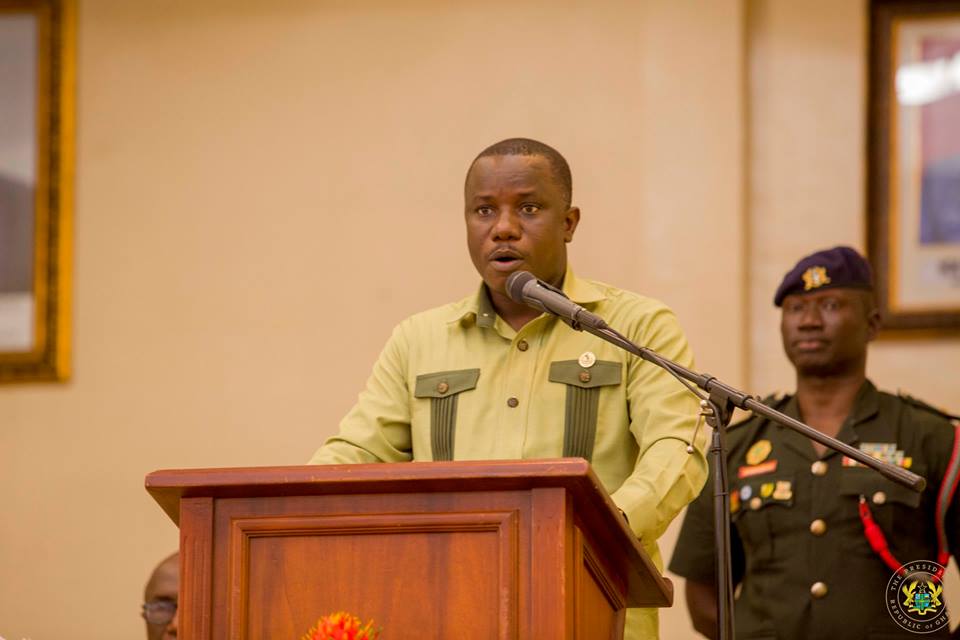 We on the DAYBREAK newspaper wish to congratulate Major Moses Nanyun Nankpan (GH/3257), Military Assistant (MA) to Dominic Nitiwul, Defence Minister on his promotion to the rank of a Lieutenant Colonel of the Ghana Armed Forces.

Tongues are wagging, however, about your promotion. But we on the DAYBREAK are happy for you and we wish you well.

To those saying you have not been to the Ghana Armed Forces Command and Staff College (GAFCSC) – both junior and senior divisions – yet you have been made a Lieutenant Colonel, we at DAYBREAK know three soldiers who went on a course at GAFCSC, cheated in their examination and were initially withdrawn from the course, but the case rendered nonsense.

After that, two officers were immediately sent to Nigeria’s prestigious Command and Staff College at Jaji to fill on in their incompetency.

The last time we wrote about the ‘Three Musketeers of GAFCSC Senior Division,’ one was Commanding Officer and another in charge of Outreach and Best Practice.

Again, there is an officer who failed at GAFCSC Junior Division, but was promoted Lieutenant Colonel because of his special skills.

Again, Instructor S. A. Ashiagbor, who was a drill Instructor, rose to become a Lieutenant Colonel.

Moses Nanyun Nankpan, you deserve it.

Again, they say that you are a special Duty Commissioned Officer born on June 6, 1969 and commissioned into the Pay Corps on 3rd September 2004 and that by virtue of age, you should start your Terminal Leave.

We at DAYBREAK say we have heard them but your situation is different from your colleagues because you are doing a yeoman’s job as the Military Assistant to the minister; and your position can be likened to the ADC to the Commander-In-Chief of the Ghana Armed Forces.

And to those saying you are not that special and you lacked competence and skills commensurate with your military assistant appointment  and promotion, we say, they are jealous of you.

And to those saying you got the promotion because of Defence Minister Dominic Nitiwul, we say we have heard them, but we want to tell them that you got your promotion because you distinguished yourself very well.

Interestingly, we all pray to God and Allah for favours for ourselves, family members and friends yet some are not happy for Moses Nanyun Nankpan.