Chieftaincy has an influence to develop or destroy-Registrar 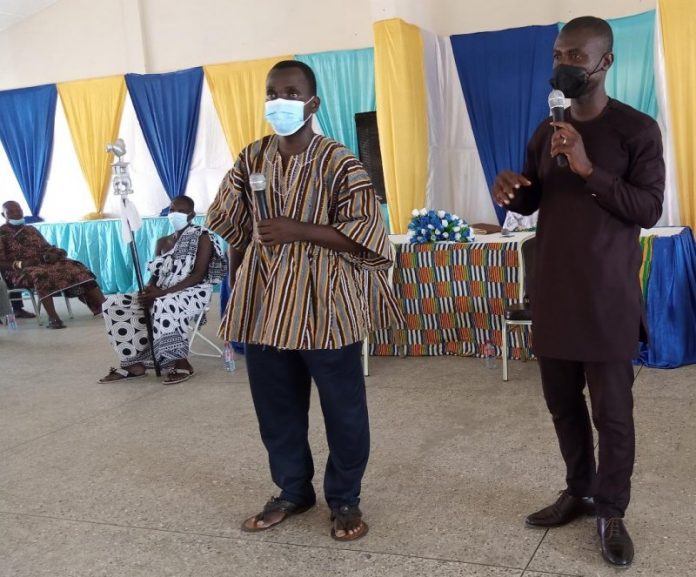 Mr Enoch Addo, Registrar to the Greater Accra Region House of Chiefs has stated that the chieftaincy institution is influential and can either bring development or destruction depending on the occupant of the stool or skin.

He therefore appealed to Chiefs and Stool Fathers of Ada Traditional Area to handle chieftaincy related issues with justice and fairness to ensure it reduced the incidence of disputes, which could trigger conflicts and affect the needed peace for development.

Mr Addo explained during interaction with Stool Fathers, Ada Warlords and members of the Ada Traditional Council that the country had enshrined provisions in the 1992 Constitution that guided and empowered traditional authority hence the need to perform that expectations.

He said the chieftaincy Act 759 and the Constitutional Instrument (C.I. 27) which talked about the Regional House of Chiefs and Legislative Instrument (L.I. 798) also talked about proceedings in the Traditional Council.

“If the country gives chiefs this mandate, they expect us to maintain peace and order among ourselves and the people. We have the responsibility of keeping the sanctity of the country intact,” he said.

He added that chiefs could equally be arrested when they go contrary to the laws of the country.

Mr. A. K. Essien, Council for the Greater Accra Region House of Chiefs educated the Stool Fathers about the Legal procedure needed before a chief could be removed.

According to him, chieftaincy issues were bringing disunity among clans and families especially in the Greater Accra Region and “this must be looked into.

“If you have any issue with installation of a chief, do that within seven-days after announcement have been made that they are going to install the said person as a chief, but if you fail, the only remedy available is through the legal procedure.

“You can’t get up and say you have de-stooled a chief until you label charges against him and present those charges to the judicial committee of the traditional council for probe into the issue. We don’t de-stool chiefs with mere letters. A person who did not go through the right procedure to remove any chief is liable”.