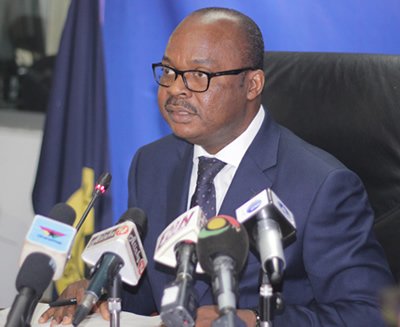 The Bank of Ghana will commence the implementation of the Deposit Insurance scheme in the second quarter of 2018.

Parliament in 2016 passed the Deposit Protection Act, which seeks to establish a deposit insurance (DI) scheme to protect depositors in the event of bank failure.

The scheme, among other things, seeks to safeguard the savings of individual depositors in the country in order to build trust in the formal banking system and to contribute to the stabilisation and development of the financial system in Ghana.

Dr Ernest Addison, the Governor of the Bank of Ghana, speaking at the first edition of this year’s Graphic Business/ Stanbic Bank breakfast meeting, said the deposit insurance was an additional safety net for depositors.

The event on the theme: “Deposit insurance: A catalyst for a stronger banking industry,” afforded players in the banking sector the opportunity to deliberate on the advantages and disadvantages of deposit insurance.

He said: “The idea is to have an additional layer of protection in addition to what the central bank normally does to protect and provide enough oversight over the financial sector.”

He said that it was the reason, why the BoG raised the capital requirements of the banks, and that, all things being equal “we expect that in a strong and well capitalised bank, the sector will be well positioned to offer safer services.”

He said there were arguments about the new capital requirement and that foreign ownership of banks were more dominant, “but the data at the Central Bank did not suggest that control in the banking sector”.

The Governor said the Central Bank wants to see a country that was economically diversified and could have a financial sector, which would assist in structural transformation.

He said the private sector has a big role to play in that agenda, adding that, the financial sector was expected to be well positioned to finance these private sector activities.

“Going forward this year, we expect that we will continue to tighten the regulatory standards, ensure that the regulated institutions have adequate levels of capital and we will issue the guidelines to ensure compliance with a minimum capital requirement,” he added.

He said currently there were some amendments, which needed to be done, so the scheme would be sent to parliament to ratify those changes for implementation.

He said Banks contributed into a pool, where they could fall on in case of any eventualities, adding that, the scheme would also encourage financial inclusion and access to formal financial services in the country.

He said government was yet to sign an agreement with the German government, where an amount of 13 million euros would be made available for the scheme.

Mr Alhassan Andani, the Managing Director, Stanbic Bank said the scheme sought to ensure that in the event of loss of money, the consumer would still get at least some money back.