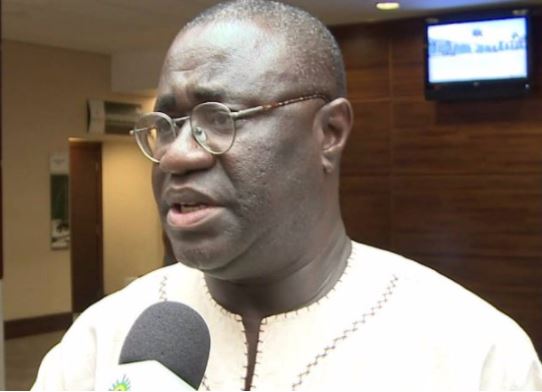 Dr. Emmanuel Kwesi Aning, Head of the Department of Research at the Kofi Annan International Peacekeeping Training Centre (KAIPTC) in Accra, Ghana, has revealed that his life is under threat from some big shots in Ghana.

“We have a challenge in this country because when you want to do your work well, it exposes some people and they want to come at you. Nobody would make disparaging remarks about me and I would keep quiet. I have messages and voice audios from some top officials threatening me, so, I would leave security analysis to those who have been employed to do so”, Dr. Aning told Francis Abban on Accra-based Starr FM on Tuesday, 24 April.

It is recalled that on 16 March 2016, Dr Aning revealed to Class News’ Emefa Apawu that people were jealous of him just because the media refers to him as a security expert.

At that time, Dr Aning asked the media to just refer to him as a security analyst, since calling him an expert provokes envy against him.

“So, when you describe me as an expert, somebody just hates me for that. And somebody wants to destroy me just for that, so, just call me an analyst, it’s much more humble, or you can just call me Kwesi Aning, I don’t mind. For me titles don’t mean anything,” Dr Aning said.

“…People think I’m a fool, people think I’m stupid, probably people might rather want to bump me off. I think there’s so much envy and jealousy…,” he said when Emefa Apawu asked if officialdom contacts him, sometimes, to tap into his expertise over security concerns and terrorism-related issues in the country.

His comments came on the heels of the acknowledgement by the National Security Council on Wednesday, 16 March 2016 that terrorist attacks on Mali, Burkina Faso and Cote d’Ivoire, meant there was “credible” threat of an attack on Ghana, too.

Dr Aning lauded the Police Service for getting in touch with him, occasionally, on security issues in the country. “…I think the police service does well, very well, but apart from that [nobody contacts me], and I’m not really looking forward to it anyway. I mean I don’t think I do what I do because I want recognition [or because] I want to be contacted, no. I do what I do because I think I love my country, I do what I do very well and I think I can contribute, so I think we can contribute in different ways.”