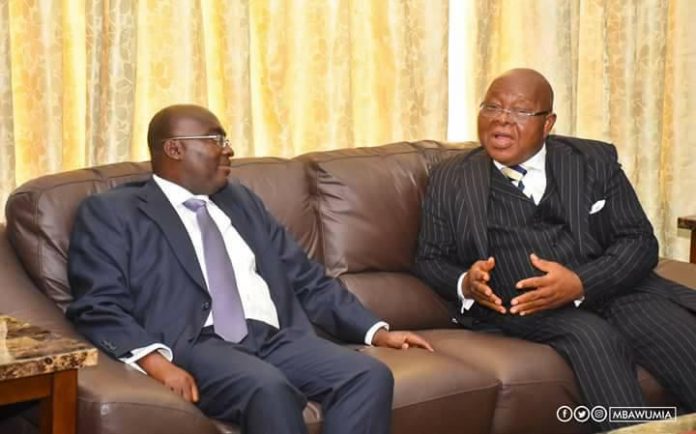 The former Speaker for the seventh Parliament, Professor Aaron Mike Oquaye has described the performance of Vice President Mahamudu Bawumia as top notch.

In an exclusive interview with Okyeman TV at his residence, Professor Mike Oquaye said that Bawumia as the Vice President has been exceptional.

“Dr. Bawumia has been superb. His performance is A-plus” the former Speaker stated.

The former Speaker recounted the many policies and programs Dr. Bawumia has introduced as the Vice President and said they have helped the economy in so many ways.

Most of the policies Bawumia has introduced have brought sunshine to a lot of areas, he stressed.

“Look at the ports, he realized that revenues were not forthcoming and people were engaged in all manner of nefarious means” he said.

He emphasized that Bawumia introduced digitization to stem this cancerous phenomenon.

He opined that the digitalization of the economy is helping in removing the bottlenecks in our revenue generation efforts and the overall development trajectory of the country.