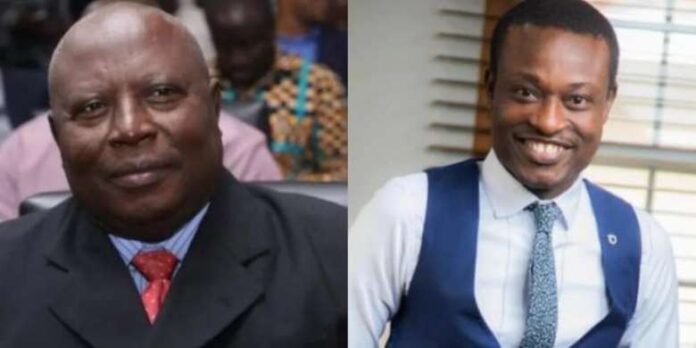 Former Special Prosecutor Martin Alamisi Burnes Kaiser Amidu has descended heavily on the Office of Special Prosecutor (OSP), observing that appointments made since the assumption of office by Kissi Agyebeng seem to be of “family and friends”.

He cited the appointment of one Samuel Appiah Darko as a case in point.

In an article released on Friday, August 19, Mr Amidu said some of the appointments made by Mr Agyebeng have been without legal mandate and without compliance to the 1992 Constitution and Act 959.

“The Board of the OSP and the Public Services Commission would not have allowed the appointment and rank [of Samuel Appiah Darko] had the OSP Act been complied with by the Special Prosecutor,” Mr Amidu wrote.

He, further, observed that some seconded offices at the OSP had been forced to resign from the public service only to be appointed to higher ranks.

He mentioned a Superintendent of Police, Emmanuel Amadu Basintale, and an officer at Customs, Albert Akurugu, as such appointees.

“There was no advertisement to the public for these recruitments,” Mr Amidu wrote.

“The short-listed applicants from the blind advertisement published in two national dailies which were compiled pending 15 interviews by an Appointments Committee of Board for appointment to each of the vacant positions in the OSP and which are still available in the OSP appear to have been ignored by the Special Prosecutor in favour of arbitrary recruitments into the OSP.

“By the foregoing, the integrity of the recruitment process and the ranking system and procedures have been abused contrary to the mandate of the OSP under Act 959 and the 1992 Constitution.”

Mr Amidu ultimately urged the Special Prosecutor to strive to live beyond suspicion.