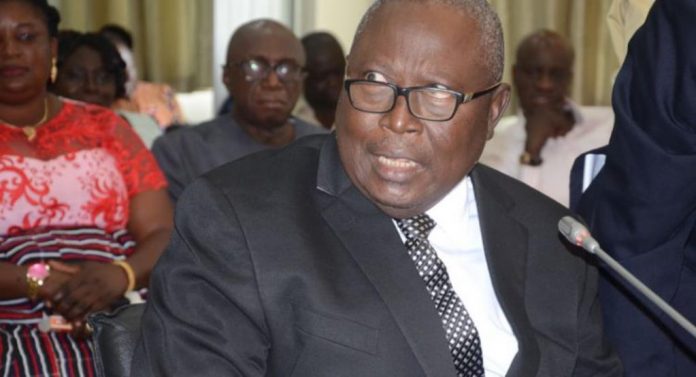 It is emerging that when the issues of corruption and transparency are taking center stage in the political fray between the two leading parties, the Special Prosecutor, who has been vehement in the fight against corruption as the man with the hammer and the nail, has been caught in a bureaucratic transaction that would offend the sensibilities of Ghanaians and the Board.

A document in the possession of DAYBREAK dated 18th February 2019, emanating from him and signed by him as Special Prosecutor, advises Accountant of the Office of the Special Prosecutor to release to him and his Deputy GH¢10,000 and GH¢5,000 respectively as monthly Operational Enhancement Allowance.

According to the memo, effective date for payment was January 2019,

The Special Prosecutor argues that by the functions of their office, they are entitled to a monthly operational enhancement allowance to function effectively and efficiently.

The memo further argues that they had been compelled to meet these commitments from their own resources ‘’for the past year due to the difficulty I had in determining the quantum of appropriate allowances.’’

Interestingly, the Board was not copied by the memo that we have in our possession, implying that either the Board was dribbled or the Board did not have in place mechanisms for computing allowances and had left that duty and privilege to the Special Prosecutor to determine unilaterally.

‘’Further to consultations with colleagues in the field I have now a general idea of how these matters should be handled. Accordingly I have exercised my discretion in deciding that until further notice each month the Special Prosecutor should be given an operational enhancement allowance of GH¢10,000.00 (Ten Thousand Ghana Cedis only) and the Deputy Special Prosecutor should receive GH¢5,000.00 (Five Thousand Ghana Cedis only) to meet those functional duties.’’

The Special Prosecutor concludes: ‘’I accordingly approve a monthly operational enhancement allowance as stated in the immediate preceding paragraph to be paid to them accordingly. You are to ensure that the foregoing directives are complied with’’.

On July 12, 2018, President Nana Akufo-Addo swore in a nine-member governing board to oversee the work of the Office of the Special Prosecutor.

Per the Act establishing the Office of Special Prosecutor, the office becomes fully operational when there is a Governing Board to direct affairs.

The board is made up of representatives of the Office of the Special Prosecutor, the Ghana Police Service, the Commission on Human Rights and Administrative Justice (CHRAJ), the Economic and Organised Crimes Office (EOCO), and the National Security Ministry.

The Special Prosecutor, Martin Amidu, and his deputy, Cynthia Lamptey, are also members of the board.

Parliament passed a law in November in 2017, to establish the Office of the Special Prosecutor as a specialized agency to investigate specific cases of corruption involving public officers, politically-exposed persons, as well as individuals in the private sector implicated in corrupt practices. The office is empowered by law to prosecute offenders on the authority of the Attorney-General.