Home Opinion Kokromoti Why Asantehene is a King – A rejoinder 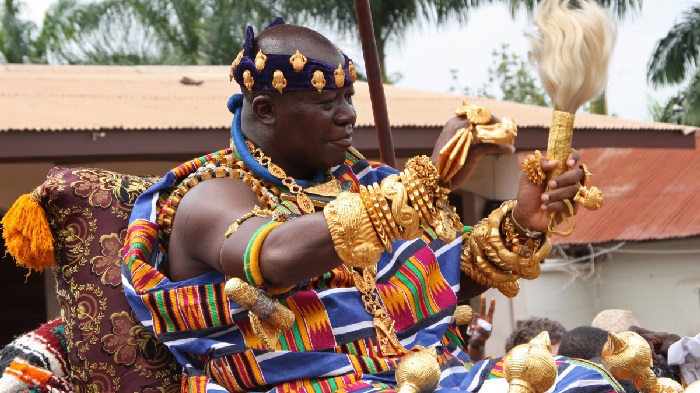 In an article on the above-mentioned topic published in Myjoyonline on the 10th of May 2018, one Dr. Osei-Tutu Darkwa sought to attack my position on the issue whether or not the Asantehene is a King within the terms of the 1992 Constitution.

In this rejoinder, I hold no brief for the names or the political parties he mentioned in his article. This reaction is to the extent that it affects me, Abdul Malik Kweku Baako. Description of me and my submission on Peace Fm’s Kokroko program on May 9, 2018 as arrogant, impudent and ignorant are politely ignored for good reason. We need to stay focused on the substantive issue as to whether or not we have “Kings” in Ghana today in the face of the fundamental law of the land (The 1992 Constitution), The Chieftaincy Act (Act 759) and any other relevant statute relative to the noble institution of Chieftaincy!

My position is simply this: In so far that the 1992 Constitution, as well as the modern laws of Ghana, do not directly or indirectly mention any chief as a King, there can be no chief in Ghana today who can legally be described as a King. My reasons are as follows:

* iii. I have sought legal advice and been informed that the rules on interpretation stipulate that it is not right to import words into a statute in seeking to interpret it if the statute is clear on its face and excludes the imported provision.

* iv. Since none of the laws in our recent years and current times allow a chief to be referred to as a king, it is obvious that the word “king” is not intended to be part of our vocabulary when describing who a chief is. If the Legislature or the framers of the Constitution wanted the word “king” to be used to describe chiefs, what prevented them from saying so expressly? My view is that the word “king” does not appear in the laws or the 1992 Constitution because the Legislature and the framers of the Constitution did not intend that (king) to be used to describe a chief.

* v.A “king” presides over an empire or a kingdom. Where is the kingdom or empire over which the “king” of modern times may be said to preside?

* vii. There is no doubt that in the past Ghana had kings and kingdoms. Typical instances were the Nayire of the Mamprusi kingdom and the Asantehene of the Ashanti Kingdom. When kings are referred in the past or in the historical context, that is in order and no one will question that. That is part of history. But when modern chiefs are referred to, it will be legally wrong to describe a chief in Ghana today as a king.

* viii. Out of respect for our kings of the past, they may be referred to as kings. But that does not make them kings in the modern context in any legal sense.

* ix. In Ghana today, people give birth to their children and name them as Nii, Ohene, Chief, Nana, Naaba, Kuoro, Togbe, Narh. These are appellations given to chiefs. Does the fact that such children are given such appellations make them chiefs?

* x. I concede that any group of people may choose to call their chief by any name they prefer. But in the legal sense, the chief must satisfy the conditions or requirements laid down by the law before the legal status of the particular chief can be attached to him. For instance, a paramount chief must satisfy the conditions laid down in the Constitution before a chief will qualify to be called a paramount chief.   What are the conditions to be satisfied before a person will qualify to be called a king? There is none in any law or the Constitution because the law does not recognize that position and that is why it does not take the trouble to lay down any conditions to be satisfied.

* xiii. I still maintain that on the law as it stands or on its face, there is no king in Ghana today.

I rest my case.